October 15, 2007 — Cynthia L. Dinwiddie, Ph.D., a senior research engineer in the Geosciences and Engineering Division at Southwest Research Institute® (SwRI®), has been selected to receive the 2007 Rossiter W. Raymond Memorial Award from the American Institute of Mining, Metallurgical and Petroleum Engineers (AIME) and the 2007 Alfred Noble Prize from the American Society of Civil Engineers (ASCE).

These awards are in recognition for her paper "The Small-Drillhole Minipermeameter Probe for In-Situ Permeability Measurement," published in December 2005 in Reservoir Evaluation & Engineering, a Society of Petroleum Engineers' (SPE) journal. The work documented in this paper led to an understanding of the effect of the measurement instrument on the natural system; size and shape of and weighting within its averaging volume; and general guidelines for its use. Dinwiddie and colleagues at Clemson University have a statutory invention registration for the device.

The awards will be presented during the 2007 SPE Annual Technical Conference and Exhibition, on Nov. 12, in Anaheim, Calif. The Rossiter W. Raymond Memorial Award was established in 1945 to honor one of AIME's founders and recognizes the best paper by an author under age 35 published by an AIME member society. The Alfred Noble Prize was established in 1929 honoring Noble, a past president of the American Society of Civil Engineers and the Western Society of Engineers. The AIME nominated Dinwiddie for this honor, which again recognizes a technical paper of exceptional merit by an author under age 35.

Dinwiddie, who joined the SwRI staff in 2001, is a hydrogeologist with broad expertise in the fields of mechanical engineering, environmental engineering and science, and the mathematical sciences, including application of numerical analysis and applied mathematics to model hydraulic and pneumatic flow behavior near measurement instruments. Her work at SwRI includes in situ field measurement and analysis of heterogeneities within volcanic rocks, geomorphologic and hydrologic studies of Martian outflow channels, and geophysical characterization of terrestrial analogs to Mars using multiple near-surface techniques.

Dinwiddie earned a doctorate in environmental engineering and science and a master of science degree in environmental systems engineering from Clemson University. She holds a bachelor of science in engineering degree from Walla Walla College, where she studied mechanical engineering. She is the author or co-author of 12 peer-reviewed publications. She has also served as a panel reviewer for the National Science Foundation, a technical reviewer for NASA grant proposals, and a peer reviewer for several technical journals including Transport in Porous Media, Journal of Hydrology, Journal of Hydrologic Engineering, and Environmental Science and Technology and for the Proceedings on the Scientific Basis for Nuclear Waste Management.

Dinwiddie is past president of the Alamo Chapter of Sigma Xi and currently serves as the Division of Environmental Geosciences vice-chairperson on the coordinating committee for the next meeting of the American Association of Petroleum Geologists to be held in San Antonio in April 2008. She is also a member of the Association of Environmental Engineering and Science Professors, American Geophysical Union, Geological Society of America - Divisions of Hydrogeology and Planetary Geology, Houston Geological Society and the National Ground Water Association. 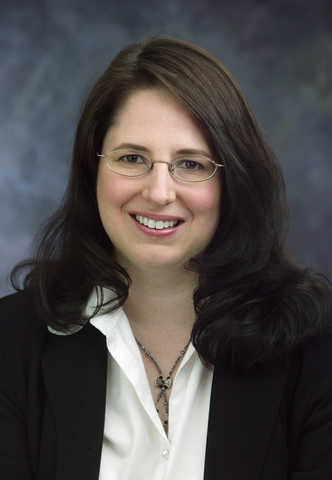