Dr. S. Alan Stern and Dr. Dan Durda traveled to the National AeroSpace Training and Research Center (NASTAR) outside Philadelphia for evaluations in the NASTAR STS-400 High Performance Human Centrifuge. Stern and Durda organized the first class of researchers that received training at NASTAR Center in early 2010. Now they are the first to have evaluated commercial pressure suits under G in the same centrifuge.

"We're breaking new ground with this type of evaluation — it's more realistic and higher intensity than any suborbital launch exercise taken previously by any person or company in the world to date," says SwRI Principal Investigator Stern.

In total, Stern and Durda undertook 20 NASTAR centrifuge runs using the suits on Nov. 2, some reaching the 6-G accelerations that many suborbital launches will create. The Contingency Hypobaric Astronaut Protective Suits (CHAPS) incorporate advanced materials to allow for a lightweight, comfortable and highly functional pressure suit system. The suits are manufactured by the David Clark Company.

Technical papers describing the goals, experiences and results of the high-G training runs by Stern and Durda will be given at the 2012 Next-Generation Suborbital Researchers Conference (NRSC-2012) in Palo Alto, Calif., in late February. For more information about NSRC-2012, go to http://nsrc.swri.org. The early/discounted registration and abstract deadlines for NSRC-2012 are nearing — both fall on Dec. 2, 2011. 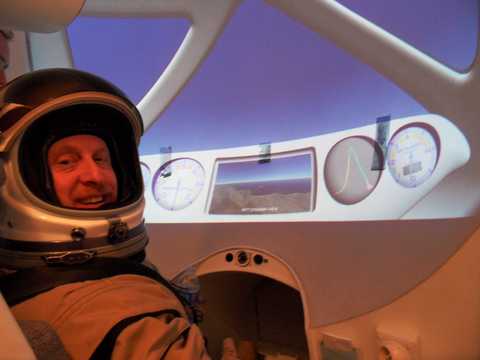 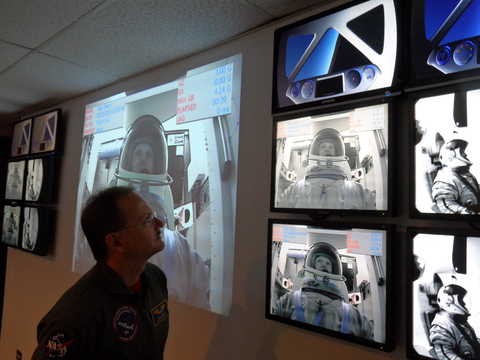