Aug. 18, 2010 — E. Robert Fanick, manager of Emissions Chemistry in the Engine, Emissions, and Vehicle Research Division at Southwest Research Institute® (SwRI®), has been named a Fellow of the American Chemical Society.

Fanick is one of 192 scientists named to the 2010 class of ACS Fellows. The purpose of the Fellows program is "to recognize members of ACS for outstanding achievements in and contributions to science, the profession, and the society." The 2010 Fellows will be honored at a ceremony to be held August 23 in Boston during the ACS National Meeting.

Fanick has been a member of the ACS since 1977. He has been a mentor and the coordinator for Project SEED (Summer Educational experience for the Economically Disadvantaged) since 1994, and a speaker for the PREP (Pre-freshman Engineering Program) program and at numerous schools in the San Antonio area. Fanick serves as the Education Committee chair for the San Antonio Section of ACS. As chair, he organizes a local high school chemistry exam and the national Chemistry Olympiad competition. He also has been involved in a number of activities related to education in San Antonio including Director of Judges for the Alamo Junior Academy of Science Competition and Alamo Regional Science and Engineering Fair, and ex-officio for the Alamo Regional Academy of Science and Engineering.

Fanick joined the SwRI staff in 1977 after earning a bachelor's degree in chemistry from Texas A&M University.

He specializes in characterizing and analyzing automotive and heavy-duty exhaust emissions. He has developed procedures for analyzing various toxic and carcinogenic compounds such as hydrogen cynamide, cyanogen, hydrogen sulfide, metallic additives, polynuclear aromatics and dioxins, and nontoxic compounds such as nitrous oxide.

Fanick is the author of 44 publications. In addition to ACS, he is a member of the Society of Automotive Engineers. 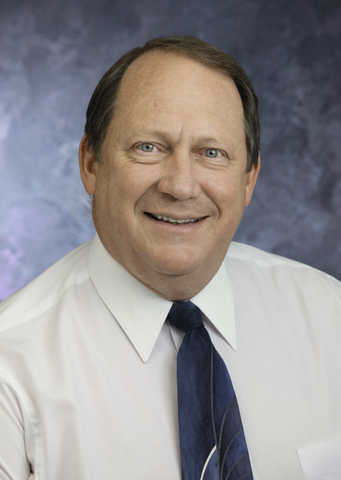