Oct. 7, 2010 — The European Space Agency (ESA) Rosetta spacecraft beamed back to Earth dramatic close-up images on July 10, 2010, as it flew past the 100-kilometer-sized asteroid (21) Lutetia on its way to a comet rendezvous in 2014. But even before Rosetta's encounter with Lutetia, an international team of astronomers, using three of the world's largest telescopes, were busy making its own assessment of the asteroid's shape and size, as well as searching for satellites. The pre-flyby images are being compared this week with those from Rosetta at a meeting of the Division for Planetary Sciences of the American Astronomical Society in Pasadena, Calif., revealing that the ground-based images are amazingly accurate.

The ground-based images were obtained with telescopes that use adaptive optics (AO) to remove the blurring caused by the Earth's atmosphere. Using something like a fun-house mirror in reverse, AO allows clear pictures to be made of distant astronomical objects that were previously impossible to see from Earth's surface. "Adaptive optics has set in motion an astronomical revolution, bringing new worlds into better view, ranging from asteroids that were previously unresolved pinpoints of light, to the discovery of new planets in other solar systems," says Dr. William Merline of Southwest Research Institute® (SwRI®) in Boulder, Colo., lead scientist of the international team that made the observations. Two of the telescopes are atop Mauna Kea in Hawaii: the Keck telescope with its 10-meter mirror and the Gemini telescope, equipped with an 8-meter mirror. The 8-meter Very Large Telescope (VLT) of the European Southern Observatory in Chile was also part of the campaign, which was funded by NASA and the National Science Foundation.

"We carefully evaluated the size and shape of Lutetia and pinned down the orientation of its spin pole using telescopes on Earth prior to the flyby," reported Dr. Jack Drummond, an astronomer at Starfire Optical Range in Albuquerque, N.M., where AO was first developed in the early 1990s and considered the cradle of adaptive optics. Drummond is an expert in turning AO images into models of asteroids, detailing their shapes and sizes. He is the lead author on the first of two papers predicting the appearance of Lutetia, published in the journal Astronomy and Astrophysics. Drummond adds, "After the many years developing these techniques at Starfire, it is gratifying to see how well they work when put to this kind of test."

Rosetta's Lutetia encounter provided a rare chance to combine the strengths of spacecraft and ground-based approaches to understand the complex shapes and elusive sizes of asteroids. For decades, astronomers watched Lutetia change brightness as it rotated. Before adaptive optics, such "light curve" studies were the only way astronomers could infer the shape of such bodies. "A sphere will have a flat light curve, an egg will have a light curve that goes up and down smoothly like an ocean swell, but an irregular potato-shape will look like your EKG on a bad day," says Dr. Al Conrad of Keck Observatory, where many of the observations were made.

While light curves provide approximate shape, they cannot provide fine detail or absolute scale. "AO has dramatically improved our ability to determine asteroid shapes from the ground by providing both of these missing ingredients," says team member Dr. Benoit Carry of Paris Observatory, who led the efforts to produce the "shape model," derived by combining AO images with decades of light curve observations taken on smaller telescopes. "We dubbed this new technique KOALA, for Knitted Occultation, Adaptive Optics, and Light curve Analysis. With it, we can make improved use of our own data and of previous studies," adds Carry, who leads the second paper and worked to develop KOALA in collaboration with Dr. Mikko Kaasalainen of Tampere University, Finland. The results were provided to the Rosetta mission teams ahead of the flyby to assist in planning.

Such ground-based imaging can help prepare for spacecraft flybys in other ways as well. "We determined that the spin pole of the asteroid was highly inclined and almost in its orbital plane, much like that of Uranus," says Carry. "We predicted that Rosetta would see only the northern hemisphere and that the southern hemisphere would be dark and cold," he says — predictions borne out by the flyby data.

"This encounter enables us to verify, validate and calibrate our method of combining AO data with light curve studies," notes Merline. "Our goal is to apply this technique to many other asteroids to find their sizes and shapes. The validation from these flyby images gives us confidence that we can do so. We can observe about 200 asteroids in this manner now, and that number will increase as larger telescopes are built," he adds.

"The tremendous power of the Keck telescope, when coupled with AO, is demonstrated superbly in the Lutetia data," says Conrad. Because asteroids have no active geology, such as volcanoes or tectonics, their shapes result from collision with other, smaller asteroids. "Details of shape, such as flat facets or apparent concavities, help reveal the history of asteroid collisions," he adds. The importance of collisions can be seen in the crater-marked surface of the Moon, reminding us that asteroids continue to pose a threat to Earth.

The AO images from large telescopes, used in concert with light curves and the spacecraft images, go beyond validation, however. By combining all data, Lutetia's shape could be accurately determined, allowing astronomers to compute its volume. Moreover, measurements of the gravitational tug from Lutetia on the spacecraft as it flew past the asteroid will yield a very accurate mass. Mass and volume will provide the density of Lutetia. Density is the concept of how much something weighs for its size. For example, two wrapped birthday gifts of the same size, one of Styrofoam™ and one of lead, would cause very different speculations from a recipient. Asteroid compositions could potentially span the full range from ice to rock to iron. Different compositions of an asteroid could be distinguished by different densities. Astronomers use this "birthday present" approach, combined with information from studies of the brightness and color of the surface, to infer the type of rock (or ice or metal) that makes up an asteroid.

Lutetia was first categorized as an M-type asteroid in the 1970s by team member Dr. Clark Chapman, also of SwRI. "Some people think that M-type asteroids must be metallic, but it has always been known that some might be rocky, like the so-called enstatite chondrite meteorites," says Chapman. "While Lutetia is not metallic, its composition is still a mystery and may even be unlike anything we have in our meteorite collections. We hope that getting an accurate density will help us answer this question," he says. The spacecraft data will be combined with past and future ground-based observations, and the secret of Lutetia's composition may be revealed in the coming months.

In addition to studying its size and shape, the scientists also searched for satellites of Lutetia, but none were found. "We wanted to know if satellites were present because they would provide new objects for study during the flyby, but would also pose a risk to the spacecraft that could be avoided with prior knowledge," says Merline. 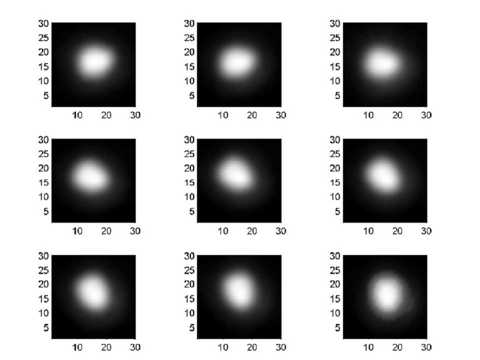 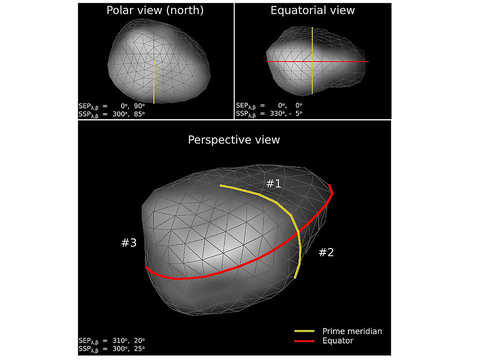 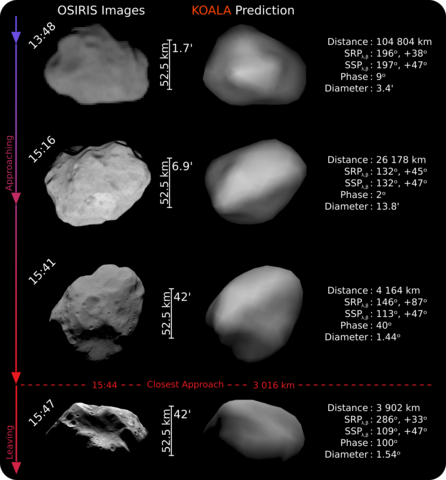