February 13, 2008 — A new method for predicting the approach and intensity of hazardous particles from extreme solar events that would threaten astronauts and technology in space is now in place. Researchers are using this initial forecasting phase to qualify the method for operational use in space exploration activities.

The forecasting development team met its early-February deadline to coincide with NASA's launch of shuttle Atlantis to transport a European laboratory to the International Space Station. Useful but not critical for shuttle operations in low-Earth orbit, testing the method in real time during realistic flight scenarios will help improve the safety of future missions to the moon and Mars.

Developed eight months ago by Dr. Arik Posner, a research scientist at Southwest Research Institute® (SwRI®), the methodology and hands-on approach are examples of how the latest results generated from basic heliophysics research can be transformed rapidly into operational applications. Collaborators on the project include scientists and engineers at the University of Kiel in Germany, NASA's Goddard Space Flight Center and the University of Turku in Finland.

"This system provides advance warning up to about one hour," says Posner. "Although it seems relatively short notice, the warning can be mission critical during extravehicular activities, such as on the lunar surface, but in most cases it will simply reduce astronauts' total exposure to radiation."

"Expanding our capabilities for monitoring radiation outbursts from the Sun is one of the critical issues that we must continue to address for human space exploration. This becomes even more crucial for Exploration class missions. The transition of scientific data into an operationally useful tool is an important and invaluable approach," says Stephen Guetersloh, member of the Space Radiation Analysis Group of NASA's Johnson Space Center in Houston.

The method was developed based on observations by the Comprehensive Suprathermal and Energetic Particle Analyzer (COSTEP) instrument, funded by the German Space agency DLR, on the Solar and Heliospheric Observatory. "The instrument was developed and built at the University of Kiel (Germany) in collaboration with the Alcala University (Spain). It is currently the only instrument in space which can provide the input for Posner's forecasting method," says Professor Bernd Heber from the University of Kiel.

Since SOHO launched in 1995, COSTEP has provided a wealth of data but not in real time. "We were so excited by Posner's project that we immediately teamed up and developed new software that displays the data and can give a warning three minutes after taking the measurements 1.5 million kilometers away," explains Oliver Rother from the University of Kiel.

The forecasting method calculates the appearance and intensity of solar ion events by measuring relativistic, near light-speed electrons. Relativistic electrons are highly abundant, easy to detect outside of the magnetosphere and detectable ahead of the more dangerous ions that follow. Extreme solar events create the relativistic electrons, which have characteristics that can be exploited to predict the time and intensity of later arriving ions, predominantly protons with energies more harmful to humans.

Energetic protons and heavier ions are among the main constituents of solar particle events, and exposure of the human body to such ionizing radiation elevates cancer risk. Heavy exposure to these particles can also result in acute radiation syndrome, with symptoms that include nausea, skin burns or disruption of central nervous system function.

"Earth's magnetic field helps prevent exposure to solar particle events," says Posner, "but as space exploration leads humans out of this protective magnetic cocoon toward the moon and into the unprotected seas of outer space, this and other methods of space weather forecasting will become increasingly important."

Researchers and the public can access data from the new radiation forecasting system.

SOHO is a project of international cooperation between NASA and the European Space Agency. 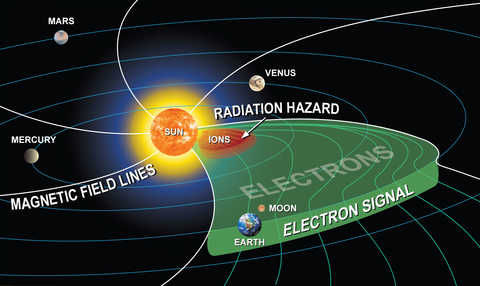 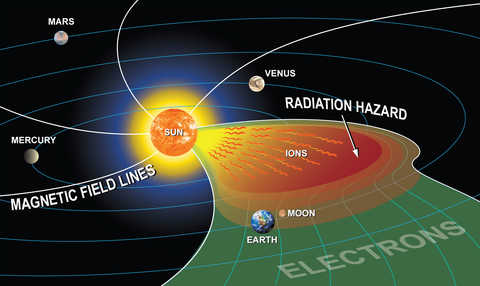 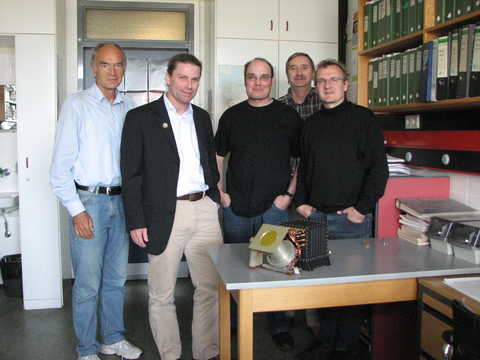 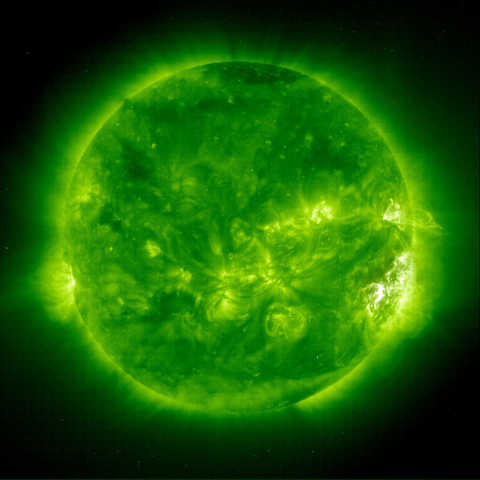 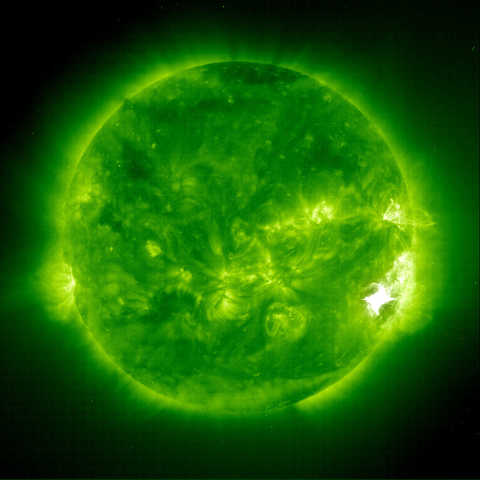 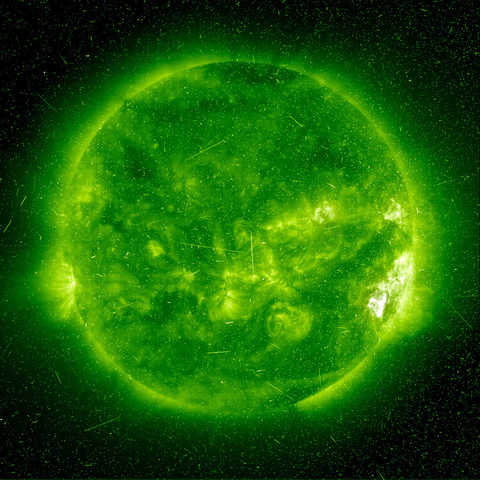