May 18, 2007 — Dr. Thomas W. Ryan III, an Institute engineer at Southwest Research Institute® (SwRI®), has been nominated as the 2008 president of SAE International, the world's leading standards research and development organization for mobility engineering.

The SAE annual nominating committee selected Ryan as its choice for next year's president during the SAE 2007 World Congress, held April 16-19 in Detroit. The slate of nominated officers next will be presented to the SAE membership for approval during November. After election, Ryan will serve as president of SAE International from January 2008 to January 2009.

Ryan has been employed at SwRI since 1979. During his career, he has specialized in engines, fuels and combustion technology. He has performed basic and applied combustion research, working with experimental combustion processes and applying sophisticated diagnostics to internal combustion engine systems. Much of his work has involved diagnostic techniques for real and simulated combustion environments.

As a student member, Ryan presented his first paper at the 1974 SAE World Congress. Since then he has served as chair of the SAE Land and Sea Group and the Technical Quality Response Team. He also has served on the Fellows Selection Committee and the Member Service Committee. He has been an SAE Board of Directors member since 2005. Ryan was named a Fellow for technical accomplishment, and he has received two McFarland Awards for service to SAE as well as the Withrow Award for oral presentation.

Ryan received his bachelor's degree in marine engineering from the U.S. Merchant Marine Academy and his master's and doctorate degrees in mechanical engineering from Pennsylvania State University. He has authored or co-authored more than 100 technical papers and has acquired nine patents in the areas of engines, fuels and combustion research.

In addition to SAE, Ryan has served as the American Society of Mechanical Engineers associate editor of the Journal of Engineering for Gas Turbines and Power, associate editor of the International Journal of Engine Research, co-chair of the semi-annual conference on "Present and Future Engines for Automobiles," and as a member of the Advisory and Scientific Committee for THIESEL International Conferences on Thermo and Fluid Dynamic Processes in Diesel Engines.

With more than 90,000 members, SAE International is a worldwide organization for mobility engineering professionals in the aerospace, automotive and commercial vehicle industries. SAE serves as a standards development organization for engineering powered vehicles of all kinds, including cars, trucks, boats and aircraft. 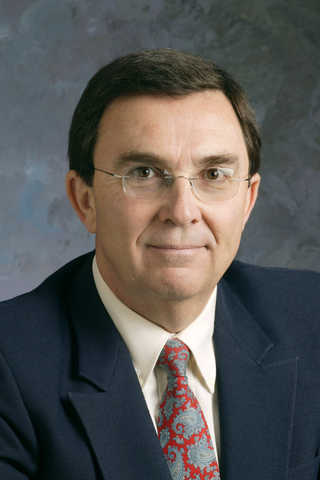