Alger elected Fellow of the Society of Automotive Engineers

Fellow is the highest grade of membership in the SAE and recognizes long-term members who have made a significant impact on the society's mobility technology through leadership, research and innovation. The distinction is bestowed on about 20 recipients each year. Alger is recognized for his "work on advanced SI (spark ignition) engine technology in which he has repeatedly demonstrated the rare combination of technical and business leadership that results in research that breaks through to production." He will receive this award, as well as the SAE Lloyd L. Withrow Distinguished Speaker Award that is conferred upon those speakers at SAE meetings who have received the Oral Presentation Award more than twice over the past years, during the SAE World Congress in Detroit April 16–18.

Alger joined the SwRI staff in 2003 following employment at the Ford Motor Company. He specializes in combustion research and optical diagnostics. His current research concerns improving engine efficiency and emissions through in-cylinder combustion processes and advanced engine technologies. He also manages SwRI's HEDGE®-III Consortium, which focuses on improving gasoline engine efficiency through the use of cooled exhaust gas recirculation, advanced ignition systems and other technologies.

Recently, his work has centered on ignition systems, abnormal combustion in gasoline engines, boosting systems for advanced gasoline and diesel engines and dual-fuel engine applications. He was the principal developer of the Dual Coil Offset (DCO™) Ignition System, which received an R&D 100 Award as one of the 100 most significant technological achievements of 2011. Also that year, he received SAE's McFarland Award for being "instrumental in establishing a forum through SAE to foster improved discussions on high-efficiency internal combustion engine technologies." More recently, he has led the effort to develop SwRI's D-EGR® combustion concept, which shows significant potential to improve fuel consumption in light-duty engines. 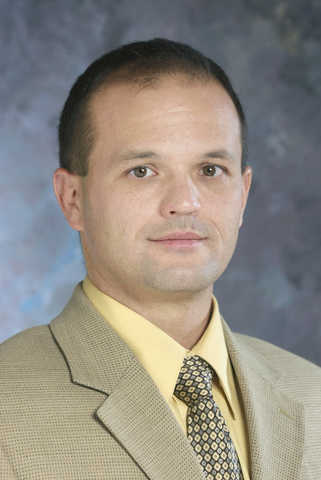