Boulder, Colo. — March 16, 2016 — As a new generation of space vehicles prepares to come online over the next two years, the 2016 Next-generation Suborbital Researchers Conference (NSRC) will bring together hundreds of suborbital researchers, educators, flight providers, spaceports, and government officials in Broomfield, Colo., just outside Denver June 2–4.

NSRC is the premier conference for the suborbital space research and education community. NSRC-2016 follows on four highly successful NSRC meetings, the first of which was held in 2010. Information about NSRC’s program, sponsors, and various logistical and other information are available at the conference website, http://nsrc.swri.org.

Organized by the Southwest Research Institute® (SwRI®) and the Commercial Spaceflight Federation (CSF), NSRC-2016 will feature invited presentations, panels, workshops, and numerous networking opportunities. The keynote speaker will be computer scientist Alan Eustace, who set a parachuting world record in 2014 by diving in a space suit 136,000 feet (nearly 26 miles) from a balloon — the highest free-fall jump in history.

“As the pace of vehicle testing by multiple suborbital balloon and rocket flight providers picks up, it’s getting more and more exciting,” says SwRI Associate Vice President Dr. Alan Stern, NSRC-2016 program chair and founder. “This year’s NSRC meeting is designed to help researchers and educators prepare for the exciting era and many flight opportunities ahead by connecting them with funding agencies and flight providers over an intensive three-day program.”

“The past year, and especially the past few months, has shown exponential growth in the technological achievements and capabilities of the suborbital industry,” added Commercial Spaceflight Federation President Eric Stallmer. “There has never been a better time for researchers and educators to become involved in the suborbital platforms that are about to become abundantly available — and NSRC-2016 is the place to do it!”

The NSRC-2016 conference will provide an in-depth forum for researchers, educators, and other attendees to learn about research and public outreach efforts of these new commercial suborbital spaceflight systems. Representatives from NASA, the Federal Aviation Administration, spaceports, and commercial suborbital and orbital vehicle operators also are scheduled to attend.

For more information about poster abstracts, sponsorship opportunities, or to register for NSRC-2016, visit http://nsrc.swri.org. 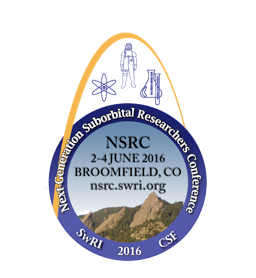