The DTIC selected awardees from three competitive pools. SwRI was chosen from the chemical, biological, radiological and nuclear defense laboratory research pool, and from the full and open competitive pool for larger businesses.

“Contracts like IAC MAC position the Institute to acquire business from the government that is focused on research and development,” said Sue Zubik of SwRI’s Defense and Intelligence Solutions Division. “Under this contract, up to $28 billion worth of work can be awarded to the recipients.”

Many of the contracts that SwRI will compete for under this IDIQ will be centered on innovation, as opposed to manufacturing. To compete to be a part of the IDIQ, the Defense and Intelligence Solutions Division had to demonstrate that its researchers had experience in a wide array of fields, including alternative energy, biometrics, homeland defense and security, cybersecurity, information sharing, radiological and chemical analysis, and several other technical areas.

“The work the division will bid on under the IDIQ will be focused on projects involving defense against chemical and biological agents as well as radiological or nuclear threats,” said Joe Brewer, of SwRI’s Chemistry and Chemical Engineering Division. “This includes testing of materials and development of tools used for damage assessment and the decontamination of effected areas, among many others.”

SwRI’s Chemistry and Chemical Engineering Division performs research and testing in several different fields. The many projects at work in the division include assessing environmental contamination and developing cleanup techniques for such events, creating unique microcapsules and microspheres for medicinal and nutritional purposes, and advancing fuels technology with process engineering. The division is also home to one of the few laboratories to perform radiochemistry and chemical analysis of weapons of mass destruction.

With the awardees announced, the Institute should have the ability to vie for contracts by the end of the year. All work under the IDIQ is set to be completed by October 29, 2027. 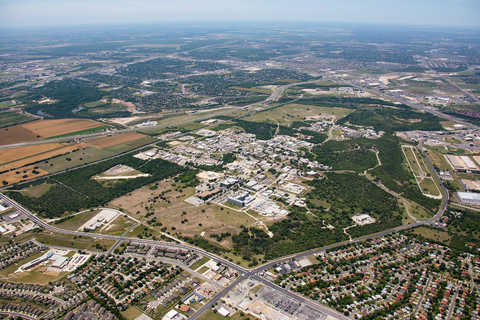