San Antonio — April 24, 2012 — Shrouded in a thick, complex, organic haze, Saturn's giant moon Titan is proving to be one of the most scientifically interesting destinations in the solar system. Titan's atmosphere, which is mostly molecular nitrogen with a touch of methane, produces chemically complex hydrocarbons that rain down on Titan's icy surface, forming dunes of organic material. The greenhouse effect provided by methane keeps the surface temperature around minus 270 degrees Fahrenheit, allowing lakes of liquid methane and ethane to form on the surface.

The history of methane in Titan's atmosphere is the subject of two papers published in the April 20 issue of the Astrophysical Journal. NASA-funded scientists are isolating and measuring the isotopic composition of the methane gas, creating models to better understand how long Titan's atmosphere has been cranking out organic materials.

"Methane's role on Titan is much like the role of water in the Earth's climate," explains Dr. Kathleen Mandt, the lead author of one of the papers and a scientist at Southwest Research Institute in San Antonio, Texas. "First, methane and water are the dominant greenhouse gases on Titan and Earth, respectively, increasing surface temperatures. Second, methane rain falls on the surface of Titan much like water does on Earth. Because Titan is the only other known body with a hydrologic cycle similar to our own, understanding how long methane has been present in Titan's atmosphere is important for making sense of this unique environment that is so different, yet so much like, our own world."

Together, the research presented in the papers estimates the age of Titan's current nitrogen-methane atmosphere at less than one billion years, confirming that the atmosphere in its current state formed long after Titan itself. Methane, comprised of one carbon atom joined to four hydrogen atoms, breaks down relatively quickly in the atmosphere as ultraviolet sunlight converts it into more complex molecules and particles. By modeling the concentration of isotopically heavy methane over time, scientists can predict the age of Titan's atmosphere. Isotopes are versions of an element with different weights, or masses. For example, carbon 13 is rare, heavier version of the most common type of carbon, carbon 12. Occasionally, a carbon-13 atom replaces a carbon-12 atom in a methane molecule. Because methane made with carbon 12 is slightly lighter, the chemical reactions that convert it to more complex hydrocarbons happen a bit faster. This means carbon-12 methane gets used up at a slightly faster rate than heavy carbon-13 methane, so the relative concentration of heavy methane in Titan's atmosphere increases slowly.

Mandt and several SwRI colleagues modeled the time-evolution of methane using data from NASA's Cassini spacecraft, which has been orbiting Saturn since 2004, and the European Space Agency's Huygens probe that landed on Titan's surface in January 2005. The SwRI team measured the relative concentration of the heavy methane using Cassini's Ion and Neutral Mass Spectrometer and compared the results to those measured on Titan's surface by the Huygens Gas Chromatograph Mass Spectrometer, which both identify and count molecules based on their mass. Comparing these two sets of measurements allowed the scientists to understand the impact of escape on the amount of heavy methane present in the atmosphere.

"We compute that even if methane has been replenished from the interior over time to match or exceed the amounts fed into the atmospheric chemical factory, the process must have been running for a maximum of one billion years," said Mandt. "If the process had started any earlier, we would see a build-up of methane in the lakes on the surface and in the atmosphere beyond what is observed today."

The second paper, led by Dr. Conor Nixon of the University of Maryland, College Park, discusses the use of infrared signatures (spectra) of methane from Cassini's Composite Infrared Spectrometer to estimate the levels of "heavy" methane containing rare isotopes present in Titan's atmosphere. Researchers also determined the role of chemical reactions in influencing the isotopic composition of methane in Titan's atmosphere and illustrated the importance of chemistry to understanding the lifetime of methane.

"It is great to experience the scientific maturity of the Cassini-Huygens program, where information from many different investigations is being combined to answer fundamental outstanding questions," said SwRI Institute Scientist Dr. Hunter Waite, the principal investigator of Cassini's Ion and Neutral Mass Spectrometer.

The Cassini-Huygens mission is a cooperative project of NASA, the European Space Agency and the Italian Space Agency. The Jet Propulsion Laboratory, a division of the California Institute of Technology in Pasadena, manages the mission for NASA's Science Mission Directorate, Washington. 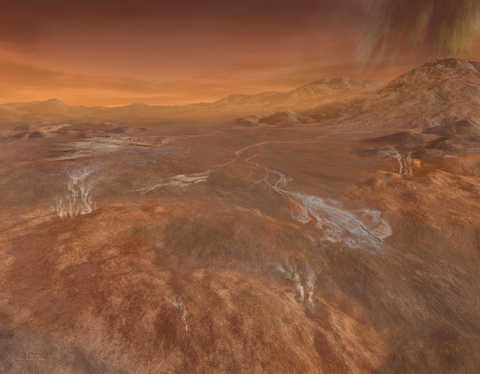 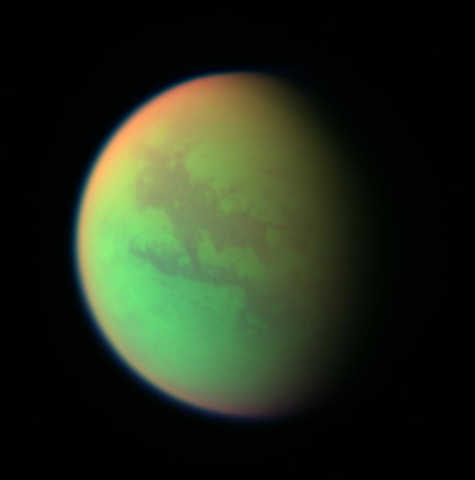