Ranger is a patented approach to vehicle localization that enables precise navigation for automated vehicles using commercially available hardware in combination with SwRI algorithms. The latest Ranger kit can be used for automated driving, valet parking in garages and structures, freight distribution, and docking of buses and large trucks.

“We are excited to make the latest version of this technology available to potential clients who want to integrate these systems into automated vehicles for a variety of applications,” said Dr. Kristopher Kozak, a principal engineer in SwRI’s Automation and Data Systems Division who led Ranger’s development. “We have made this technology smaller, faster, and more robust for real-world use at a relatively low cost.”

In April, Kozak’s team earned the Walter Fried Award for Best Paper at the IEEE/ION PLANS 2016 conference in Savannah, Ga., for technical work documenting Ranger innovations. In 2015, R&D Magazine named Ranger as one of the 100 most significant innovations of the year.

Ranger uses a ground-facing camera and localization algorithms to provide precise position and orientation measurements. Ranger images the unique “fingerprint” of road surfaces by matching thousands of distinguishing ground features, such as aggregate, cracks and road markings, to corresponding features collected and stored in a map.

Ranger is a novel approach to localization for automated driving that performs well in all illumination conditions and typical adverse weather conditions, including rain and fog. Other sensor-based localization approaches may be more common, but Ranger’s camera-based approach with controlled illumination is unique and extremely accurate. This allows for precise automated driving within 2 centimeters, similar to the most accurate (and most expensive) GPS systems. Ranger, however, can operate in areas or environments where GPS has poor performance or fails completely, such as in tunnels or underground.

“GPS is ubiquitous, everybody has GPS on their phones, but it’s not always as accurate as you need it to be for automated vehicle localization,” Kozak added. “Ranger is a low-cost, high-precision localization system that overcomes a lot of problems affecting GPS systems.” 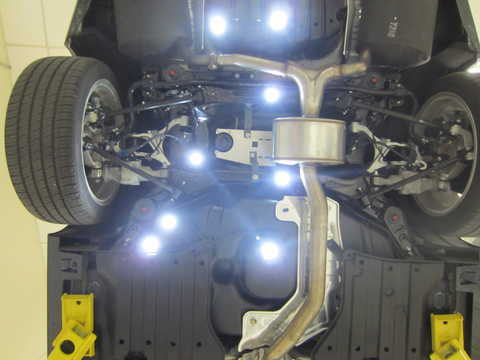