August 18, 2009 — The U.S. Army Tank Automotive Research Development and Engineering Center (TARDEC) broke ground August 17 on a new 30,000-square-foot facility for testing military ground vehicles in support of the warfighter. Called the Ground Systems Power and Energy Laboratory (GSPEL), the facility will evaluate an array of military vehicles, from light transports such as HMMWVs to heavy combat vehicles such as military tanks with hybrid-electric and fuel-cell configurations.

The Army contracted Southwest Research Institute® (SwRI®), which has operated the government-owned TARDEC Fuels and Lubricants Research Laboratory in San Antonio for more than 50 years, to provide engineering support services for GSPEL. The task included developing the demanding equipment and facility specifications needed for the state-of-the-art laboratory.

The TARDEC Ground Vehicle Power and Mobility (GVPM) Directorate operates its primary testing facility at the Detroit Arsenal in Warren, Mich., where engines and vehicles are evaluated on dynamometers and in environmental chambers under extreme environmental conditions. GSPEL, expected to be operational in two years, will be built at this facility and will work alongside these existing structures.

To prepare this specification, SwRI assembled a team of more than 30 engineers with a broad array of engineering expertise. The project initially involved quantifying the Army's future vehicle and component testing needs. Thereafter, the team sized and specified equipment that could properly meet these requirements based on duty cycles and, in many cases, the limits of current technology. SwRI then created floor plans and 3-D facility models, and evaluated them based on work flow patterns, lab-to-lab interrelationships and physical plant considerations. The most significant challenge was the design of a 75-foot-long wind simulator capable of flowing air across a military tank at 43 mph with simultaneous environmental temperature control from -65 to 160 degrees F and humidity from 5–95 percent RH along with soar loading. Working in conjunction with the wind simulator will be 10 electrically regenerative dynamometers.

Another challenge was the design of a calorimeter or test facility capable of evaluating large radiators used in military vehicles. The team designed a system capable of flowing 50,000 CFM of air to enable this testing.

As part of the facility considerations, the team also was involved in quantifying the overall requirements for electricity, cooling water and steam.

SwRI helped design the facility to meet an Army mandate that all new construction be certified under the "Silver" category of the U.S. Green Building Council's Leadership in Energy and Environmental Design (LEED) Green Building Rating System™. LEED is a third-party certification program that encourages sustainable "green" building and development practices through universally accepted tools and performance criteria.

"GSPEL's primary mission is to reduce the development time while simultaneously improving reliability associated with advanced technologies so they can be used immediately with high confidence in demanding Army conditions. In this way GSPEL will help to expedite the integration of hybrid-electric and fuel-cell technologies into advanced military vehicles," says Mike Kluger, a senior program manager in the SwRI Fuels and Lubricants Research Division. "In doing so, it will help reduce vehicle fuel consumption and improve overall vehicle performance."

"The Ground Systems Power and Energy Laboratory will have the test equipment and engineering know-how to work at unprecedented levels," says Dr. Thomas Killion, the Army's Chief Scientist. "Upon completion, this facility will not only dramatically reduce component and vehicle testing time in demanding military conditions, but also give the Army the capability to exploit integration of new power and energy technologies for a wide variety of new military vehicles."

Equipment features include 11 AC electrically regenerative dynamometers rated up to 26,500 foot-pounds of torque and 1,000 rpm; a full-size vehicle chamber with environmental controls for temperature, humidity and solar simulation; three power supplies of extremely high voltage; and one of the world's largest calorimeters for testing radiators, engine coolers and transmission coolers. An extensive suite of instrumentation for measuring torques, speeds, pressures, flows and temperatures also is included. 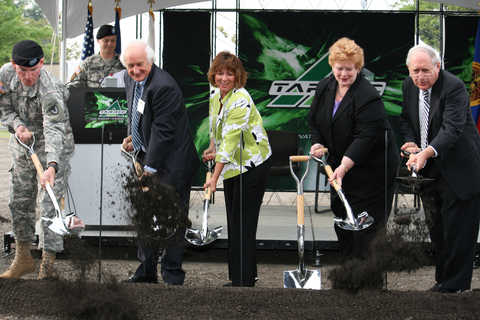 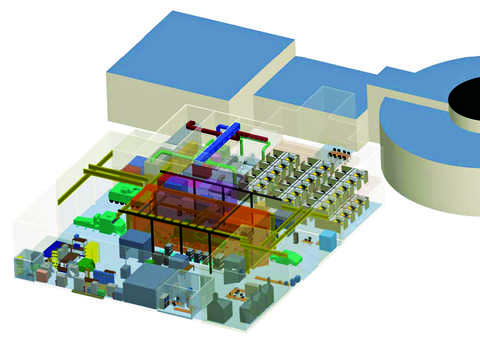