Sept. 30, 2020 — For 13 years, the Cassini-Huygens spacecraft orbited and probed Saturn and its satellites, collecting vast amounts of data that have greatly expanded our understanding of the Solar System. At the American Geophysical Union (AGU) Fall Meeting this December, Dr. J. Hunter Waite Jr., a planetary scientist from Southwest Research Institute, will give the Eugene Shoemaker Lecture. He will discuss the Cassini-Huygens data and what it may indicate about the formation of the Saturn system and the possibility that microbial life may exist within it.

“I’m thrilled and humbled to be selected to give this lecture,” Waite said. “Cassini-Huygens is the reason many exciting discoveries have been made about Saturn and its moons, and I’m happy to have the opportunity to discuss this important work.”

Waite’s lecture will review carbon within the Saturn system, including the evolution of carbon chemistry in the system as viewed by Cassini-Huygens and the discovery of large-scale generation of complex organic compounds in the upper atmosphere of Saturn’s moon Titan. He will discuss the ocean chemistry of another moon, Enceladus, and how scientists found data that pointed to the existence of hydrothermal vents below the ocean that generate chemical energy for life. Waite will also cover how Saturn’s rings produce material that rains down on Saturn’s atmosphere and modifies its chemistry. The talk will conclude with discussions about what mass spectrometry can reveal about other Ocean Worlds like Enceladus.

“Cassini mass spectrometry was a unique opportunity to expand our understanding of the chemistry of these very interesting places,” Waite said. “I hope that the work that has resulted from the Cassini-Huygens mission will solidify the need for similar instrumentation as an integral part of future missions, so that we can continue to make important discoveries about the formation and composition of other bodies in our Solar System.”

“Cassini’s Chronicle of Carbon in the Saturn System” is the title of the 2020 Shoemaker Lecture. The presentation is one of AGU’s series of Bowie lectures associated with the William Bowie Medal, its highest honor. Named for medal recipient Eugene Shoemaker, the lecture is presented annually and recognizes excellence in planetary exploration.

The AGU Fall Meeting is the largest Earth and space science meeting in the world. Waite’s lecture, delivered virtually, will be live streamed to meeting attendees on AGU On-Demand. 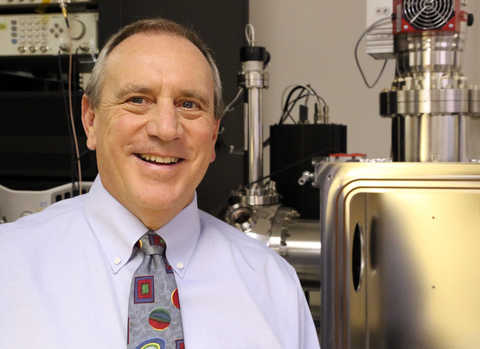