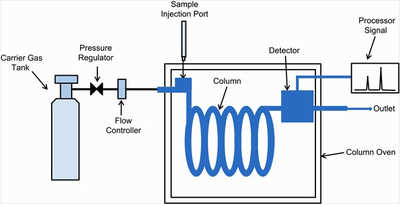 Figure 1: Schematic and integral parts of a GC system (Philadelphia College of Pharmacy, 2012).

Gas chromatography (GC) is the analytical process of separating volatile and semi-volatile mixtures. Traditional GCs are comprised of inert carrier gases (usually helium, hydrogen or nitrogen), a bench-top sized oven, analytical columns made from fused silica, and supporting computers and electronics to display and quantify the data (Figure 1). While GC is the most widely used analytical technique in the world for the separation and quantification of environmental, petroleum, forensic, and biochemical compounds, its use in space science applications has been limited due to the restrictions associated with space flight (volume, mass, robustness, power, and radiation exposure). In this project we aimed to strengthen the fundamental design requirements and performance characteristics of Micro-Electro-Mechanical-Systems (MEMS) and study the performance of such devices for future space missions.

The GC separation team at SwRI partnered with the University of Michigan to establish a collaborative relationship to design, fabricate, and test MEMS devices. The work at SwRI consisted of critical MEMS device evaluation and design feedback specific to space science missions. The University of Michigan provided MEMS test columns (Figure 2) and prototype sub-systems (Figure 3). 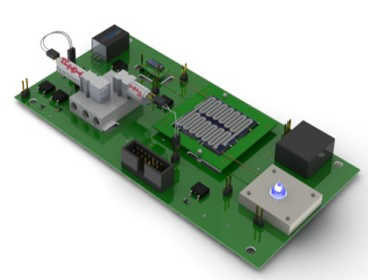