Characterization and inspection of industrial equipment and facilities must sometimes be carried out through small ports, confined access points, or along convoluted paths. In military applications, warfighters must occasionally assess an area prior to entry by determining the layout of a room or the presence of adversaries. These types of inspections are usually conducted visually using a small diameter borescope. It can be difficult to interpret the scale of the view through a borescope and the low contrast can mask objects or cause them to have ambiguous positional relationships. In some applications, it may be important to measure the dimensions of what is being inspected for planning or verification, which cannot be readily done with a visual borescope. Light Detection and Ranging (LiDAR) provides a technique to optically measure distances using the time-of-flight of laser pulses. The goal of this project was to investigate the feasibility of using LiDAR coupled to a borescope to perform 3D measurements through a small opening. 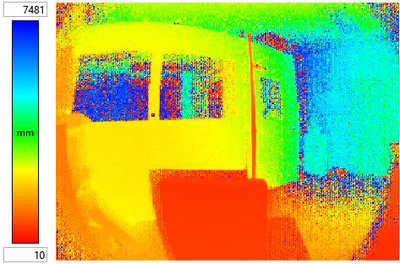 Figure 1: A distance map of a room acquired with the PS-TOF LiDAR sensor, with VCSEL illumination, illustrating the potential capabilities of the system. The color scale represents distance in millimeters.

The project focused on a Phase-Shift Time-Of-Flight (PS-TOF) LiDAR array sensor, which measures the phase delay between transmitted and reflected light pulses for each pixel to determine the distance to an object. This type of LiDAR requires a high-frequency modulated laser source to produce the illumination signal. Vertical Cavity Surface Emitting Lasers (VCSELs) are commonly used but are generally low power. To increase the illumination, a customized, moderate-power Radio Frequency (RF) modulated laser diode was evaluated to compensate for the low transmittance of a borescope. This effort focused on maximizing the use of commercial off-the-shelf components and existing equipment to quickly explore the limitations and parameter space of the approach in this targeted program. 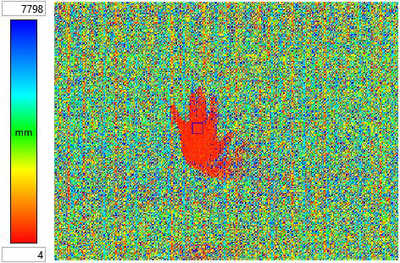 Figure 2: A distance map of a hand at 0.5 m with the LiDAR borescope setup using the PS-TOF sensor and the customized laser diode. The color scale represents distance in millimeters.

Short range 3D measurements were obtained through a borescope (up to 2 meters) using a VCSEL source. A custom laser driver was developed to operate a medium power laser diode to produce the high frequency pulse profile required by the PS-TOF LiDAR sensor. There were several challenges associated with synchronizing the laser diode with the sensor’s limited adjustability and the low transmissivity of the available borescopes resulted in a small signal level. Nonetheless, the primary requirements for such a system were established which showed that a well-integrated system with hardware similar to that used in this project would be capable of acquiring 3D data at a limited range through a typical borescope.