The Ion and Electron Sensor (IES) was launched in 2004 and was flown successfully on the European Space Agency’s Rosetta mission to comet 67P/Churyumov-Gerasimenko. IES made simultaneous measurements of ions’ and electrons’ energies and angular distributions with a wide field of view. IES was a very low-resource instrument, requiring low power, low mass, and a low volume, thus making it highly desirable for missions that require space plasma measurements.

An IES-like instrument has been included as part of the payload in proposals for several new missions led by both SwRI and other institutions. Recently, a dual-ion IES-like variant instrument called the Solar Wind Plasma Sensor (SWiPS) was awarded on NASA’s Solar Wind Follow On at L1 (SWFO-L1) mission. Additionally, another IES-like instrument is now under a Phase A study for potential award on the Solar-Terrestrial Observer for Reconnection in the Magnetosphere (STORM) mission.

Since IES was designed and built over 16 years ago, most of its electronic components have become obsolete. Additionally, better methods for implementing some of the instrument’s functionality have been developed over this time. For the proposals submitted, we took the approach of using flight heritage from portions of multiple other instruments to piece together an electronics package that would make the new version of the IES functional. In theory, this approach will work, but even those heritage circuits would require some modification and revision for the new application, thus reducing their Technology Readiness Level (TRL) from a 9 to a 6 or lower. We felt that the right approach was to completely redesign its electronics package and that is why we proposed this research. 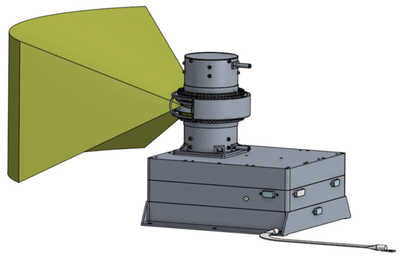 In Phase I of this project, our objective was to redesign all electronic circuits and prototype key elements using innovative techniques while at the same time keeping the goals of low power consumption, reduced parts count, and application flexibility in mind. We successfully completed Phase I and were awarded Phase II follow-on funding to build and test engineering models of the various Instrument subsystems to bring the subsystems up to TRL6. Our design approach is based on exploiting the capabilities of modern, high-gate-count, field-programmable gate arrays (FPGA) to the maximum extent possible and designing for low power operation by

This project is ongoing. Phase II has built upon the accomplishments of Phase I and to date we have