We continue to be a national leader in advanced traffic management systems, expanding to 10 states in 2017. We recently signed follow-on contracts to continue managing state-wide systems in Florida and California, two of the largest states, in both population and miles of road. For Florida, we are developing an integrated corridor management system to manage a locality’s entire transportation network holistically instead of as individual components, such as freeways or surface streets. The objective is to balance traffic across the network by actively recommending alternative routes, modifying signal timing and using other methods.

In 2017, SwRI revitalized its cyber security program, with a focus on the transportation and automotive security arenas. Today’s highly computerized vehicles are increasingly connected, making them possible targets for hackers. We are collaborating with academia on award-winning security software designed to make it extremely difficult to install malware on a vehicle system. Our analysts also expanded capabilities that look for vulnerabilities in digital systems to include geographically dispersed advanced transportation networks. 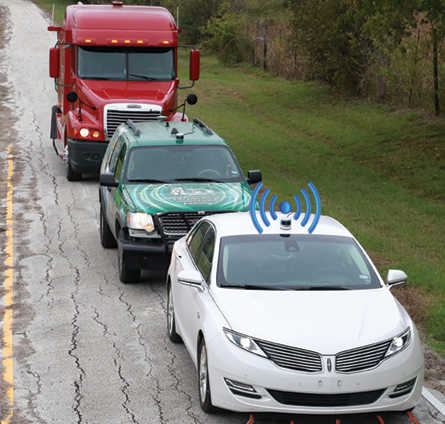 Engineers adapted SwRI’s Ranger localization technology for convoy applications. As the lead vehicle maps the route surface, it transmits the data to the rest of the convoy, which autonomously follows its route to within
3 cm. 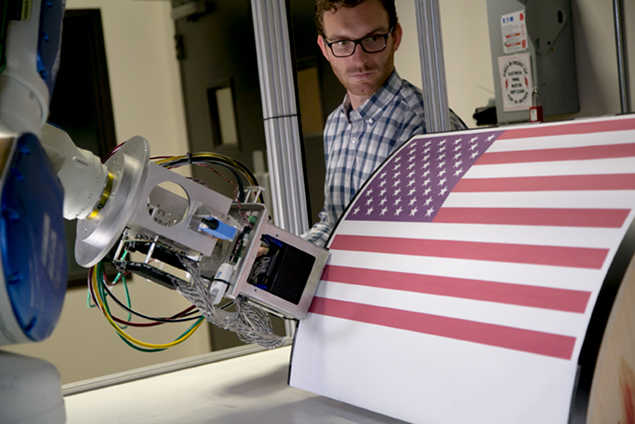 SwRI has patented an automated inkjet technique that could revolutionize how aircraft and other industries apply complicated graphics to complex surfaces.

In the field of automation, SwRI patented a potentially disruptive technology to cost-effectively print intricate graphics on aircraft and other complex surfaces using inkjet systems. Building on a series of paint stripping systems, the large-scale robot-based technique overcomes obstacles associated with applying artwork to large, complex surfaces, as well as the need to adjust for inaccuracies in robot positioning and vibration.

This year, we established a collaborative robotics laboratory, which includes multiple robots designed to work alongside human operators. The lab will deliver next-generation advanced automation technology needed by manufacturers.

SwRI continues to curate the open-source ROS-Industrial framework, applying the Robot Operating System for advanced manufacturing applications on an international scale. In the military arena, SwRI is part of a team developing a new generation of robots for the Air Force. The goal is to develop a multi-process mobile system that can support a variety of aerospace manufacturing and maintenance processes. Analysts are using ROS-I to create programs that automatically perceive the aircraft, plan tasks, determine robot motions and reliably execute processes.

Closer to our home base in San Antonio, SwRI has helped small and medium manufacturers become more competitive in the global economy through a branch of the Texas Manufacturing Assistance Center we’ve operated for more than 20 years.