Guided waves are used in nondestructive testing to identify corrosion damage in tubular structures. SwRI’s patented magnetostrictive transducer technology (MsT®) uses guided waves as an effective alternative to conventional NDT and NDE for pipelines and tubes. Our system works with custom probes affixed to a variety surfaces and contours. We use guided waves to gather data over long distances with automated data collection and instruments with powerful visualization.

Tubular structures used for heating, cooling, and storage of gases and liquids are susceptible to corrosion in power plants, energy production, and petrochemical processing. Our magnetostrctive transducers conduct guided waves NDT on the most challenging tubular structures.

We use guided waves for structural health monitoring of pipelines over long distances from a single point. 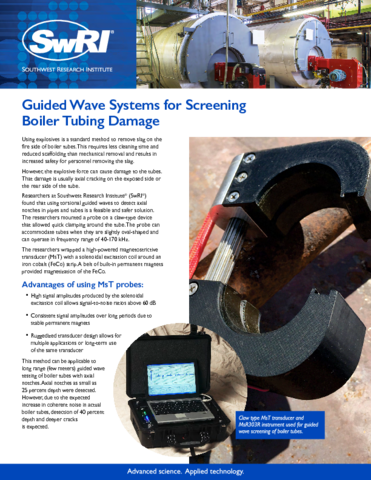 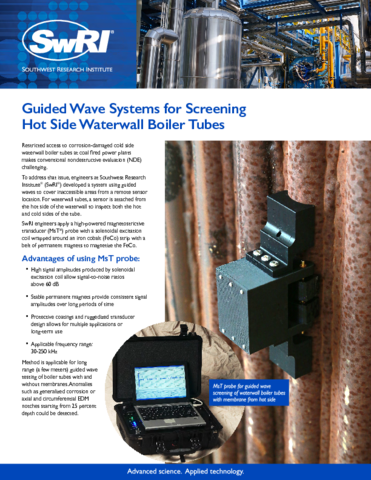 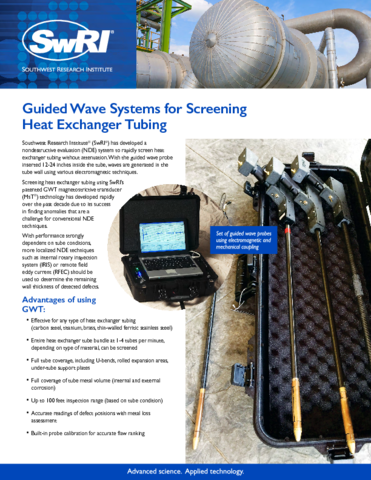