The Southwest Research Institute-led Lucy mission, NASA’s first to Jupiter’s Trojan asteroids, launched at 5:34 a.m. EDT October 16 on an Atlas V rocket from Cape Canaveral Space Force Station in Florida. Over the next 12 years, Lucy will fly by one main-belt asteroid and seven Trojan asteroids, making it the agency’s first single spacecraft mission in history to explore so many different asteroids. Lucy will investigate these “fossils” of planetary formation up close during its journey.

Named for the fossilized skeleton of one of our earliest known hominin ancestors, the Lucy mission will allow scientists to explore two swarms of Trojan asteroids that share an orbit around the Sun with Jupiter. Scientific evidence indicates that Trojan asteroids are remnants of the material that formed the giant planets. Studying them can reveal previously unknown information about their formation and our solar system’s evolution in the same way the fossilized skeleton of Lucy revolutionized our understanding of human evolution.

“We started working on the Lucy mission concept early in 2014, so this launch has been long in the making,” said SwRI’s Hal Levison, Lucy principal investigator. “It will still be several years before we get to the first Trojan asteroid, but these objects are worth the wait and all the effort because of their immense scientific value. They are like diamonds in the sky.”

After successful separation from the rocket on Oct. 16, NASA’s Lucy spacecraft deployed its solar arrays. Soon after, NASA received confirmation that one of the solar arrays was fully deployed and latched, but the second solar array had failed to latch. Analysis indicates that the array is roughly 95% deployed, and both arrays are producing power, charging the spacecraft’s battery.

On October 20, the spacecraft transitioned to cruise mode, and the team has successfully turned on the payload instruments. An anomaly response team continues to work on establishing what caused the solar array to not fully deploy. NASA and SwRI are evaluating a range of options, including the possibility of leaving the array in its current state and how that could affect upcoming spacecraft maneuvers.

Lucy Deputy Principal Investigator Cathy Olkin and Principal Investigator Hal Levison mark two days to launch of the NASA spacecraft bound for Jupiter’s Trojan asteroids. The mission was named for the hominin fossil named after the Beatles’ song “Lucy in the Sky with Diamonds.” The Lucy spacecraft will study the ancient Trojans, considered “fossils” leftover from the formation of the outer solar system. 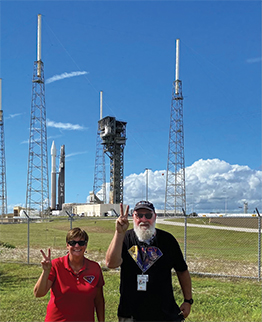 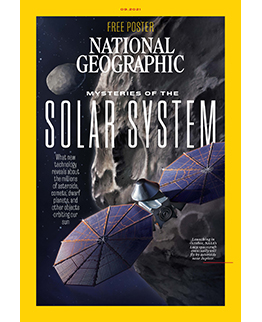