The AF-369 provides accurate direction finding (DF) capabilities across a wide bandwidth from 20 MHz to 3 GHz. Its novel sleeved electric dipoles provide more useable bandwidth than conventional dipoles, significantly reducing the overall cost and complexity of the antenna and monitoring system, such as the SwRI-developed Scout™, a portable, wideband radio frequency (RF) survey and monitoring system. Information derived from DF antennas provides critical spatial awareness to intelligence analysts when radios and their users move or when unusual activity in a given geographic location may indicate an imminent threat.

“To cover so much bandwidth, most DF antenna products need three separate arrays to do the job. The patent-pending sleeved electric dipoles we developed cover 80% more bandwidth than conventional dipoles,” said Brandon Nance, a manager in the Defense & Intelligence Solutions Division and the principal developer of the AF-369 antenna. “This enables the improvement  of direction finding sensitivity tenfold over a significant part of its frequency coverage. That is, we can get the same performance with 10-times weaker signals. And because we are doing more with fewer antennas, the complexity and the overall costs of the antenna system are reduced.”

The 20 MHz to 3 GHz radio frequency spectrum is a tremendous amount of bandwidth and typically requires multiple arrays, each with elements designed to cover a smaller sub-band of frequencies, to monitor. Each sub-band typically uses between five and nine antenna elements. The total number of antenna elements required to cover the full frequency range increases with the addition of each sub-band. The cost of each DF antenna array, as well as the complexity of the RF receiving system connected to it, drives up costs for both the antenna itself and the system as a whole. SwRI’s innovative sleeved electric dipoles for the AF-369 antenna reduces the number of antenna arrays necessary to monitor a similar amount of bandwidth, thereby lowering the cost and complexity of the entire system.

The R&D 100 Awards are among the most prestigious innovation awards programs, honoring the top 100 revolutionary technologies each year since 1963. Recipients hail from research institutions, academic and government laboratories, Fortune 500 companies and smaller organizations. Since 1971, SwRI has won 45 R&D 100 Awards. This year’s winners will be recognized December 5 in San Francisco. 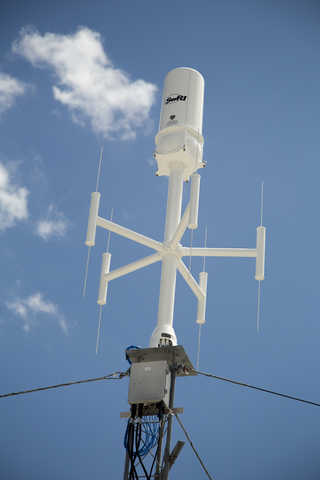