The FAST prize — which stands for “Furthering Advancements to Shorten Time Commissioning for Pumped Storage Hydropower”— is part of the American-Made Challenges series, designed to accelerate the commissioning times of PSH projects from 10 years to five, while reducing both cost and risk. The National Renewable Energy Laboratory (NREL) administers and executes these prizes on behalf of the U.S. Department of Energy’s Water Power Technologies Office (WPTO).

Electric power systems use PSH for load balancing. The method uses the gravitational potential energy of water, pumped from a lower-elevation to a higher-elevation reservoir using low-cost, off-peak surplus electric power to run the pumps. During periods of high electrical demand, the stored water is returned to the lower reservoir, driving turbines to produce electric power. Although the losses of the pumping process make it a net consumer of energy, the system creates value by providing more electricity during periods of peak demand, when electricity prices are highest.

Selected from a field of 22 finalists, the SwRI concepts will now move on to the “incubation stage” of the competition, which will culminate in pitch presentations on Oct. 8. At that time, up to three grand prize winners will be awarded up to $550,000 in vouchers and cash prizes.

“It’s significant that the two SwRI concepts were both selected to move forward,” said Eric Thompson, a program manager in SwRI’s Mechanical Engineering Division. He and Senior Research Engineer Kevin Supak worked on a proposal analyzing the potential of using an array of shallow, interconnected reservoirs combined with package turbine units to reduce the PSH construction schedule, bringing electric power to the grid sooner and improving the project return on investment and net present value.

Their concept also advances an idea that originated with Dr. Gordon Wittmeyer, a senior scientist at SwRI, to use wastewater from Permian Basin oil and gas operations to fill and maintain the reservoirs. West Texas produces abundant amounts of wind power and offers the topography necessary to enhance interest in closed loop PSH for the area. Wittmeyer is the lead on the other SwRI concept moving forward.

“Our proposal explores how to adapt a successful, but little-known 19th century steel dam construction technique to accelerate PSH development in the 21st century,” said Wittmeyer, a hydrologist in SwRI’s Chemistry and Chemical Engineering Division and the Institute lead for PSH. He is working with Biswajit Dasgupta, a SwRI structural engineer with significant experience in the hydropower industry, to develop a modular design concept for structural steel dams that could cut dam construction costs by one third and reduce construction schedules by half.

“The concepts developed by all of the winners are very promising for the future of PSH,” said Tessa Greco, the project manager who leads this initiative for NREL. “It will be exciting to help the winners further develop their innovations by leveraging the technical expertise, facilities and marketing reach of the national laboratory network.” 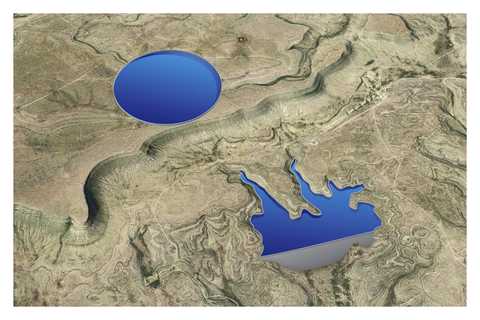