Engine systems operate in a cyclic manner. Inertial forces generated by rotating components generates torsional vibrations that, if large enough, can cause failure of subsystems. One of these subsystems is the belt drive. Accurate calculation of load and vibration effects in engine timing drives, as well as balancers and accessory drives, is essential for correct selection and sizing of belt and tensioner.

Together with external loads, the natural frequency and amplitude of the vibration pattern of belt systems is strongly affected by the stiffness and damping of the belt internal cords and, in case of synchronous drives, by the bending stiffness and damping in the belt teeth. These belt parameters aren’t always publicly available and differ from vendors and belt construction so SwRI designed and built a rig capable of measuring them.

A dynamic belt testing rig was designed capable of accepting belts of different widths, pitches, and lengths of up to 3 m. For this project, a 1.8 m long belt was used to validate the calculation approach to determine these properties. The rig allows varying the wrap angle of the belt on the driven pulley, in a range between 30° and 180°, to evaluate the effect of wrap angle on the stiffness of the belt teeth. The drive natural frequency can be altered by changing the inertia of the flywheel connected to the driven pulley through an accurate torque meter.

The system was driven by an electric motor capable of inducing vibrations into the drive at frequencies in the range of 50 and 250 Hz. The rig was run at several speeds and put through slow acceleration and deceleration sweeps. Torsional excitations and corresponding vibration amplitudes and phases were recorded in the various pulleys in the drive. Static tests were also carried out to assess the effect of frequency on the belt parameters. 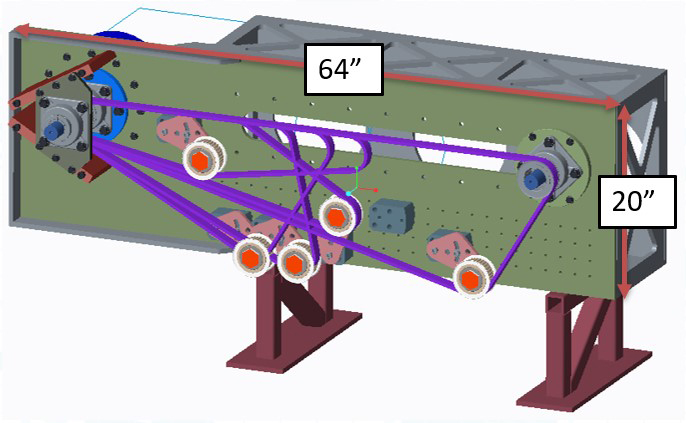 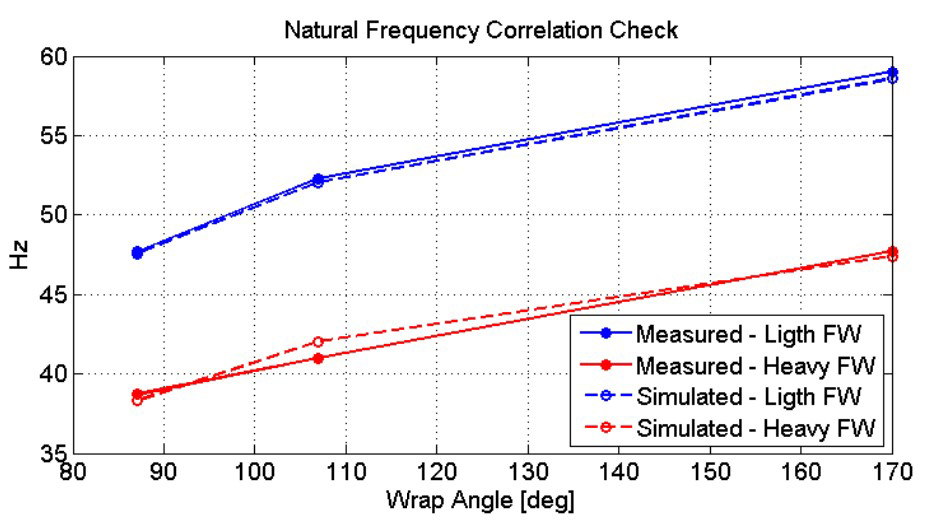 Figure 2: Good correlation of natural frequency was achieved, both as a response to system inertia and wrap angle on the driven pulley.

The measured parameters were used to populate the modelling parameters of a torsional vibration digital twin of the belt rig. The simulation results were then compared to the rig measurements.

The rig produced consistent static and dynamic measurements and the simulation results were in good agreement with the measurements, both in terms of natural frequencies and vibration amplitudes across the speed range.

Moving forward, the intention is to establish a database of parameters for belts of different types and different vendors, to be used for accurate modelling and sizing of engine belt drives as early as possible in the engine design process. With this process, an optimum configuration can be determined while the design is still fluid.