The goals of this project were twofold. First, we aimed to develop a laboratory set-up for hydrothermal experiments on geologic samples. Second, we utilized that set-up to characterize volatile production during thermal decomposition of complex, kerogen-like organics that may be abundant in the interiors of icy satellites and other solid bodies in the outer solar system. Many of these bodies are hypothesized to have liquid oceans underneath their icy shells, including Europa, Titan, and Enceladus. Titan also has a thick atmosphere composed primarily of nitrogen and methane, and liquid seas of hydrocarbons. The volatile cycles of these bodies may include input via outgassing from their rocky cores; this idea is supported by evidence for hydrothermal vents on Enceladus' ocean floor, the presence of outgassed 40Ar in Titan’s atmosphere, and the importance of outgassing to terrestrial volatile cycles. Constraining what volatiles may be produced in the rocky cores of these bodies is therefore key to understanding their volatile cycles and their potential habitability. Our set-up can provide new insight into volatile chemistry in the interiors of these bodies, where radioactive decay and accretional and tidal heating may lead to decomposition of complex organics.

Our experimental set-up includes a 75 mL Ni alloy vessel that is rated to 1,000 psi at 850°C with an inert coating and a built-in thermocouple to monitor the vessel temperature. Gases evolved during heating experiments are captured and measured via a combination of gas chromatography-thermal conductivity detector (TCD) and state-of-the-art gas chromatography-mass spectrometry (GC-MS). This set-up can be utilized to analyze complex organics such as those found in the Murchison meteorite, which has been characterized extensively in the literature. This meteorite preserves the chemistry of planetary building blocks, including the icy satellites. The complex material that comprises most of the meteorite organics is similar to organics observed in primitive outer solar system building blocks like comets, and the meteorite is therefore a good analog for the satellite interior material.

Our reaction vessel set-up (Figure 1) is capable of internal temperatures up to approximately 800°C. The vessel has a removable sample holder block to reduce the internal volume and enhance the concentration of product gases. The surface coating prevents catalysis during high temperature experiments. The system also features automatic temperature logging every 5 seconds. Product gases are collected via flow through of an inert carrier gas (Figure 2), after which they are analyzed using TCD and GC-MS, with the capability to detect most light gases present at ppb levels or higher. 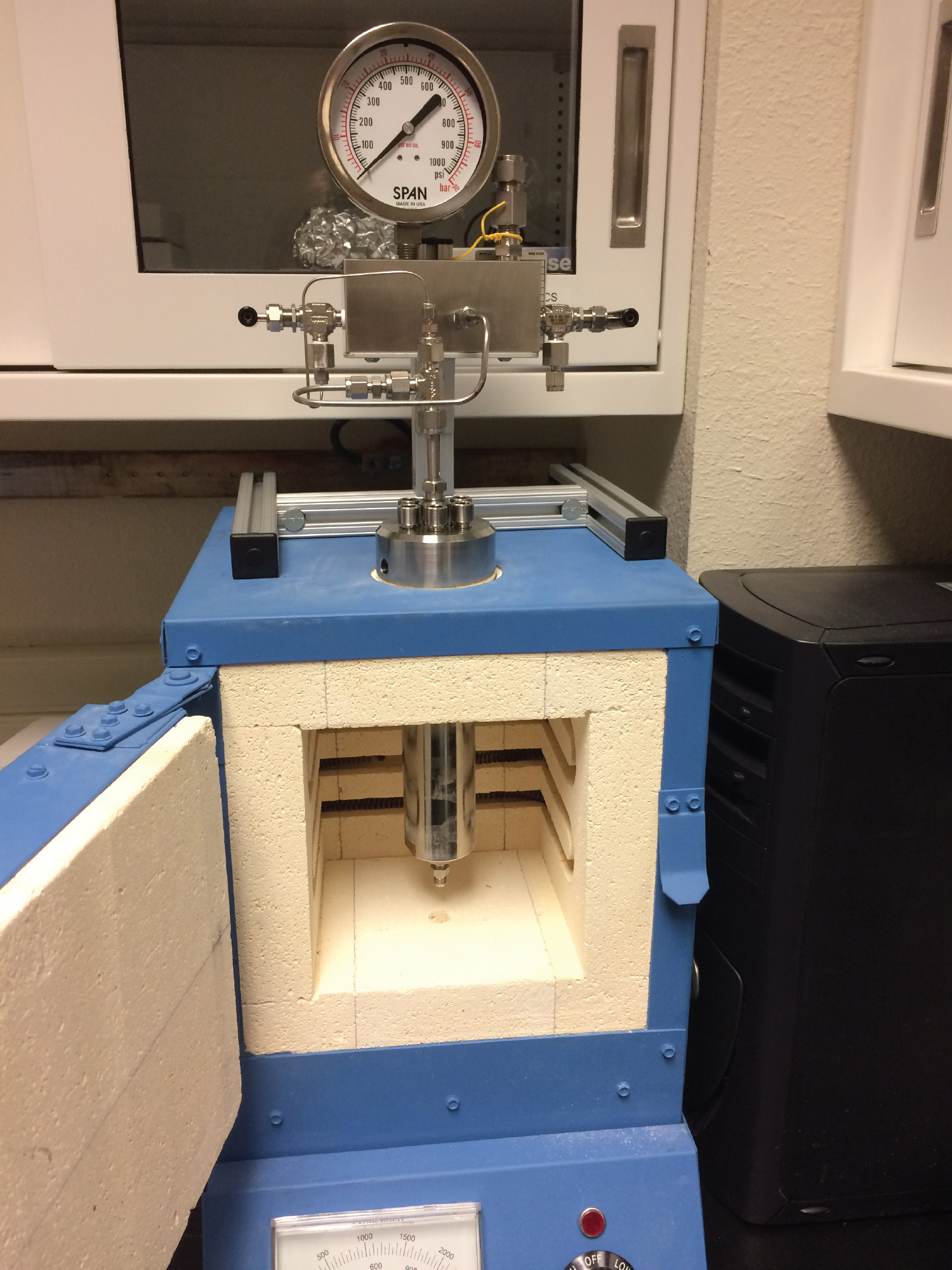 Figure 1: Our completed set-up includes a reaction vessel with inert coating, which is shown here suspended in the oven. 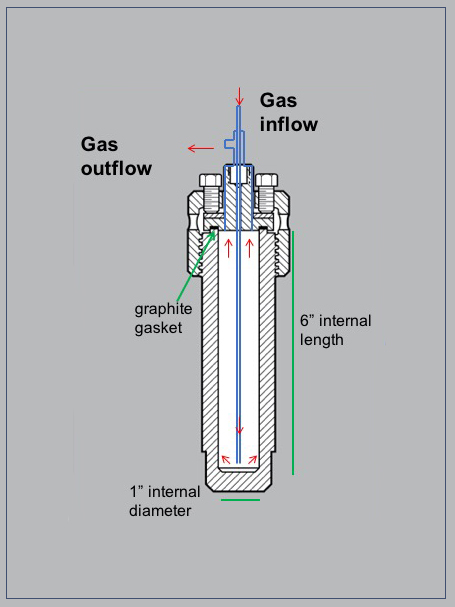 Figure 2: The reaction vessel has an internal volume of 75 mL. The inlet and outlet have been specially designed to allow flow-through of carrier gases to collect the product gases.

To demonstrate the system capabilities, we successfully collected and analyzed volatile gas samples from pyrolysis of three Wyodak subbituminous coal samples at 500°C. Four primary products were identified in replicate analyses: toluene, o-xylene, benzene, and ethylbenzene (Figure 3). The production of aromatic molecules such as benzene and toluene is consistent with pyrolysis experiments reported in the literature, and validates the reproducibility of the experimental set-up with respect to the current state of the art. 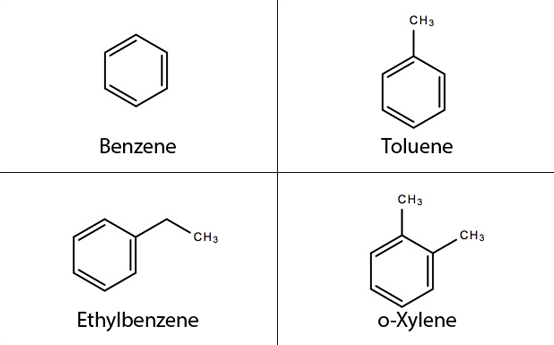