To capitalize on our strong position in the field of Pluto-Kuiper Belt missions in the next Planetary Decadal Survey and the mission studies leading to it, in 2017 we proposed to develop tools for and then explore a wide range of potential Pluto Kuiper Belt Missions.

The technical approach of this project was to complete the following tasks: 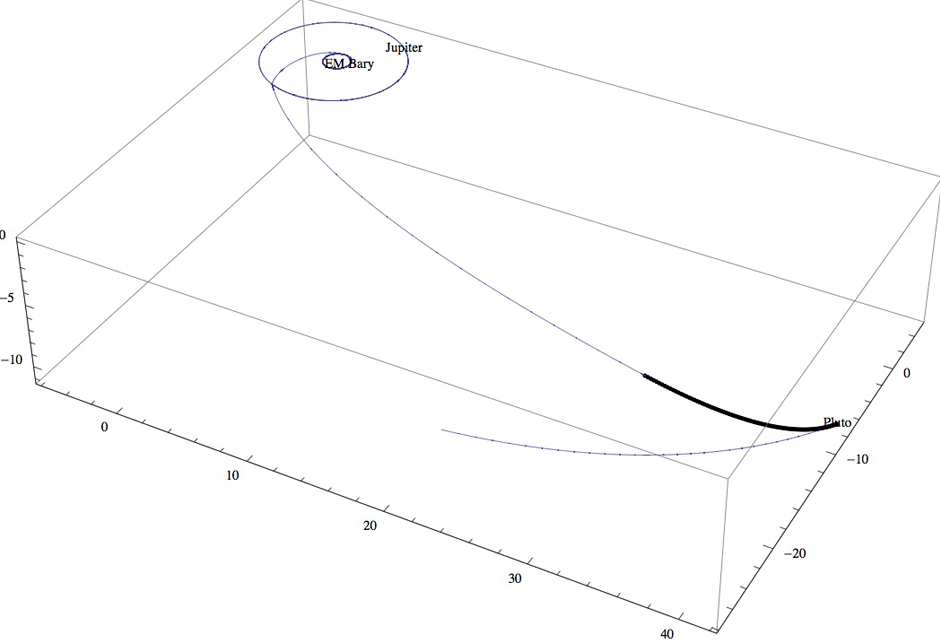 Figure 1: Earth-Jupiter-Pluto rendezvous trajectory; dimensions are in astronomical units. Low-thrust arc in black dots, with one dot every 50 days. The Pluto orbit arc shows the same duration as transfer trajectory from Jupiter to Pluto.

All tasks proposed for this project were accomplished on budget and without any budget increases, though we did request and receive no-cost schedule extensions required by the press of client-funded project work.