Lithium-ion batteries have been established as the preferred energy storage technology for electrified vehicles and renewable energy grid storage. These batteries are relatively lightweight and energy dense, but their use introduces some safety challenges. When exposed to mechanical abuse, via crushing or penetration, damage to the internal battery structure can result in short-circuits that release a lot energy, eventually causing fire. This project looked at developing a structural model for lithium-ion batteries that could be used to virtually validate battery pack designs in mechanical abuse scenarios.

A single battery cell explicit dynamics finite element model was developed and validated with single cell crush testing. Stress and strain calculations were used to correlate cell damage with internal short-circuit. This model was then applied to modules consisting of 12 and 72 battery cells. These models were validated with impact testing. Finally, a reduced order modeling approach called Lithi-Brick was developed so that large battery packs could be modeled and simulated in a numerically efficient manner. 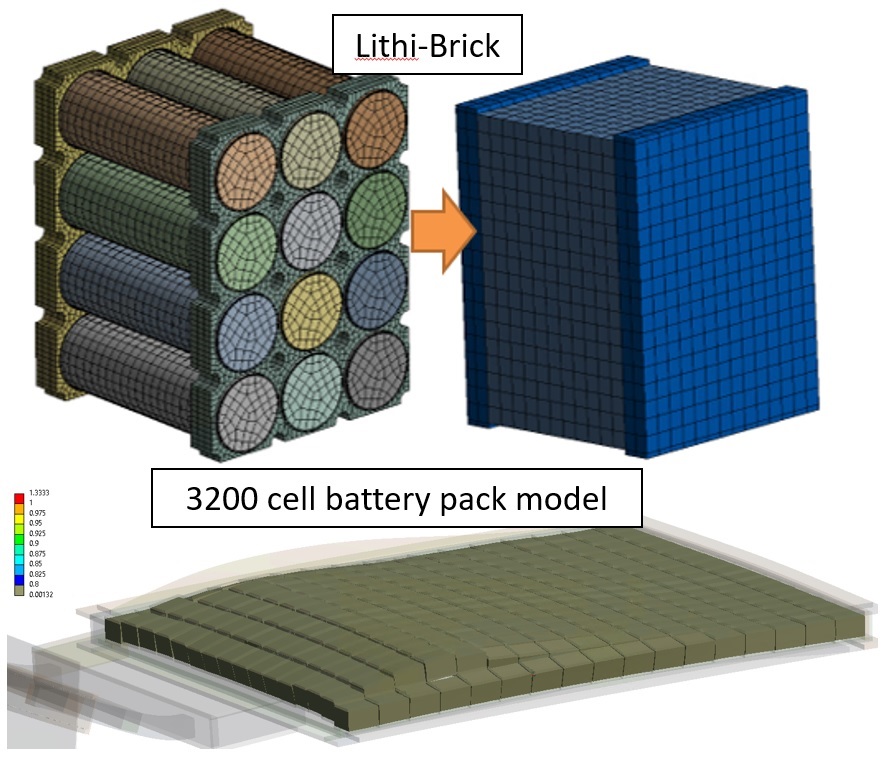 A systematic and repeatable process was developed to model lithium-ion battery cells and small modules. A scaling method was also developed to extend the model from small modules to large battery packs. The detailed cell model and Lithi-Brick model accurately predicted battery deformation under crushing loads within 10%. The developed models accurately predicted mechanically induced internal short-circuit with a less than 10% error rate. This model was used to accurately predict the outcome of the 72-cell module drop test. Finally, the developed reduced order modeling approach reduces simulation time by a factor of 10 and was used to simulate a representative battery pack consisting of over 3,200 cells. 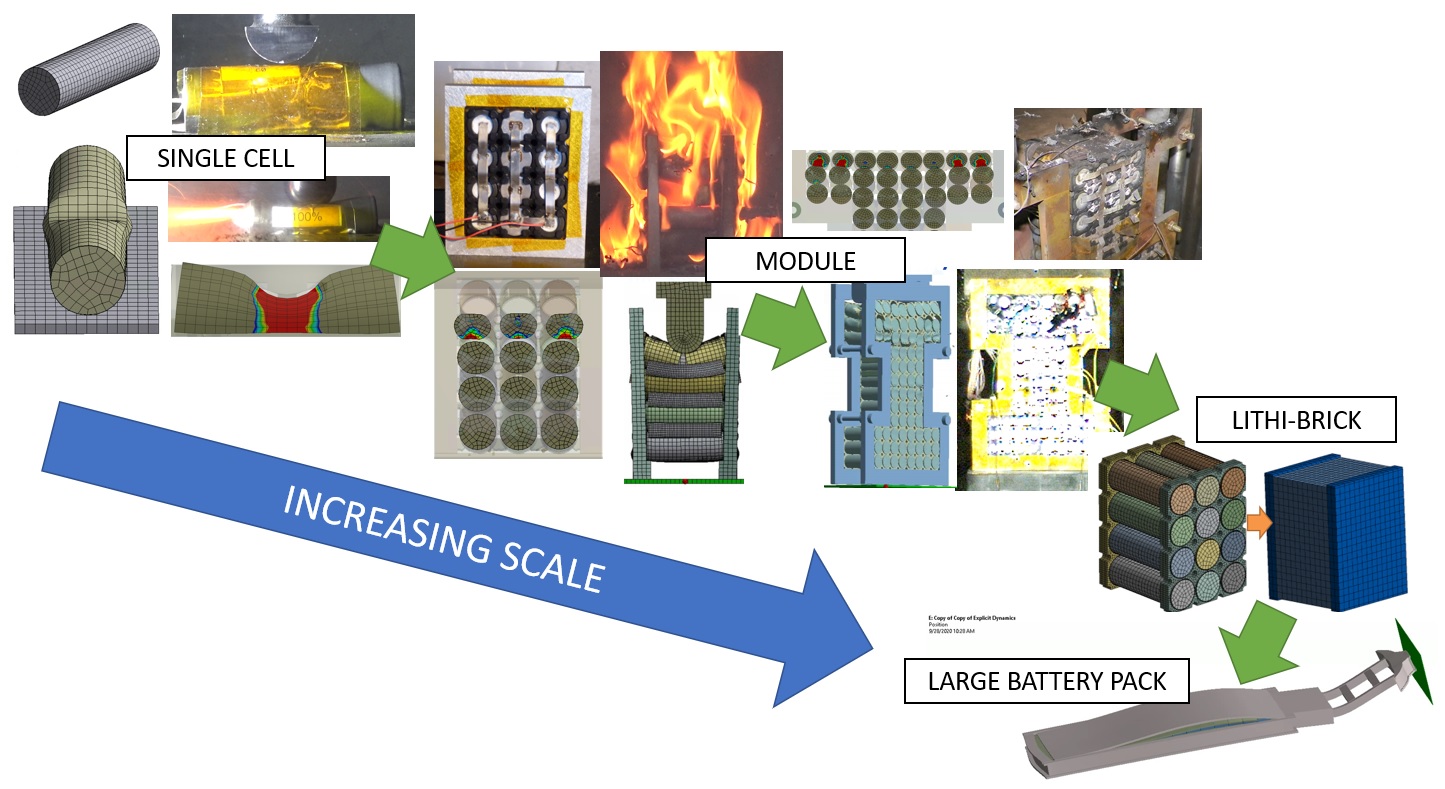