While hypersonics generally classifies speeds higher than Mach 5, the supersonic range is Mach 1 through Mach 5 where conventional turbojet engines can accelerate the aircraft from takeoff to a cruise near Mach 2. As the speed increases above Mach 1, compressible fluid dynamics become critical as shockwaves form at the engine inlet. A shockwave is a discontinuity that exists where the flow transitions from a high velocity to a high density. Because of the shockwaves, the air entering the engine is being compressed without the aid of the turbojet compressor. Therefore, the turbomachinery in the engine becomes inefficient and a new kind of propulsion engine is needed, a ramjet. The ramjet is a simple engine that uses the control of shockwaves to compress the incoming air and then decelerates the air to subsonic speeds for combustion before accelerating the flow at the engine discharge to develop thrust. Scramjets are another type of high-speed propulsion engine that is similar to a ramjet except that the flow is supersonic during combustion instead of subsonic for ramjet combustion.

In some cases, air-breathing engines are preferred because of their distinct advantages over rocket-propelled vehicles:

To achieve an aircraft design that can reach Mach 5 from takeoff requires consideration of differing engine and combustor configurations throughout the flight. Currently, there is no single tool to model a combined propulsion system as it transitions from subsonic to supersonic flow. 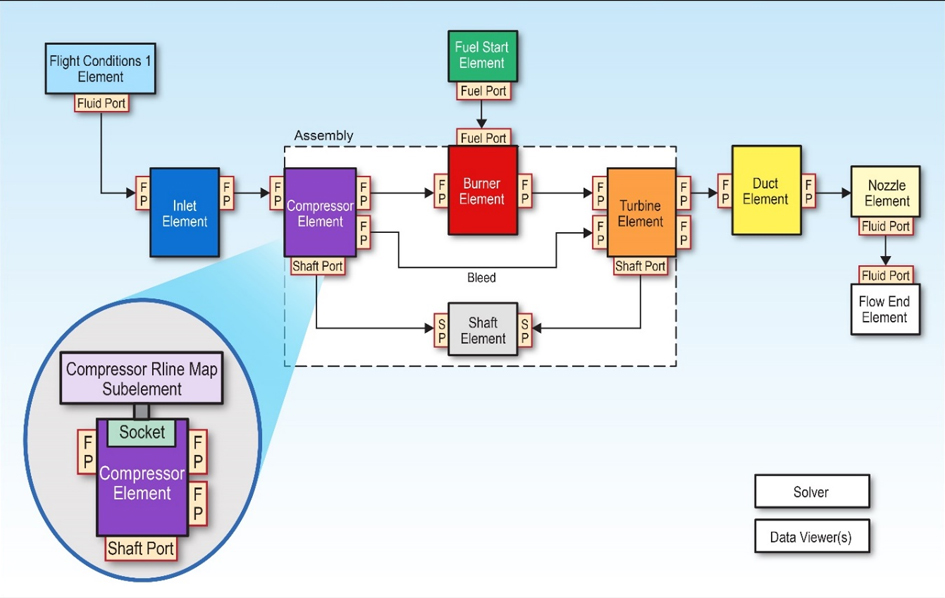 Figure 1: Typical Air-Breathing Model in NPSS. In order to simulate the propulsive performance of ramjets and TBCCs in NPSS, a few capabilities need to be developed. Specifically, these items include the following:

To successfully simulate the performance of a combined engine system, specifically a ramjet and turbojet, SwRI is using the Numerical Propulsion System Simulation® (NPSS®) Software. As a well-established tool in the aerospace industry, NPSS is used extensively for modeling aircraft with conventional turbomachinery. It is an object-oriented programming language that uses objects, or Elements, to represent components of the thermodynamic processes, such as compression, combustion, and turbine power extraction. However, NPSS is fundamentally a thermodynamic flow network solver, and has also been used for modeling supercritical carbon dioxide (sCO2) power cycles, refrigeration cycles, and liquid propulsion (rocket) cycles. Figure 1 shows a typical air-breathing engine model in NPSS, with the conventional processes of compression, combustion, and expansion. 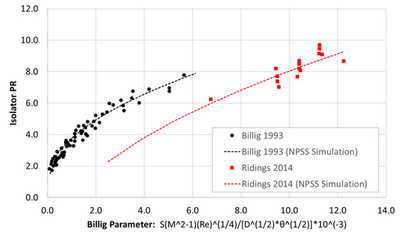 Figure 2: Using a reduced model, the isolator performance is compared to data from Billig 1993 and Ridings 2014.

Progress has been made in the areas of component-level development and defining the detailed approach to model the engine system at supersonic speeds. An approach using loss factors has been chosen over reduced-order modeling of the complex fluid dynamic behavior in a ramjet or scramjet, which is similar to the method employed in NPSS for subsonic engines. Validation of the NPSS model is being made with available data from studies of the SR-71 or YF-12 aircraft engines (P&W J58). The inlet isolator component is complete while the inlet component and combustor component are in progress. The logic for unstart is also in progress. Validation of all engine components will be made in the coming months.