The NPSS software was originally developed by engineers at NASA Glenn Research Center (GRC) in 1995. The original design intent for NPSS, which is still true today, was for the development of engine performance models that can be integrated into vehicle system models. In this way, engine manufacturers can share critical performance information in a manner that can be easily incorporated into a system model by the airframe builder. Circa 2007, NASA GRC signed over control of maintenance and development for the code to an industrial consortium, organized and operated by the NPSS Consortium Members. In 2013, the Consortium Members transferred management responsibility of the consortium to SwRI.

The NPSS IDE facilitates NPSS model development, interrogation, and visualization while maintaining the conventional NPSS functionality and versatility that the software is renowned for. NPSS is based on object-oriented programming, which facilitates user-definable elements and functions. Additionally, NPSS contains a library of NIST-compliant gas property packages for a variety of applications, a sophisticated solver with auto-setup, constraints, and discontinuity handling. Typical solution modes include preliminary design, off-design performance, transient performance, and flight test data correlation. 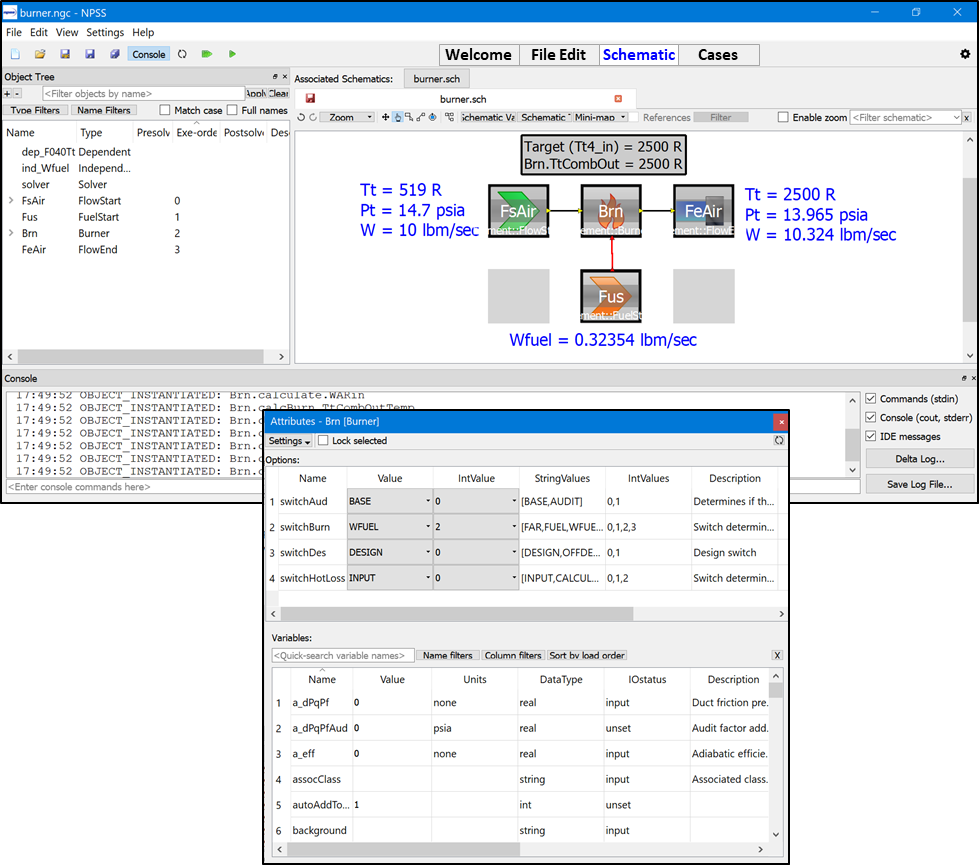 Screenshots from the NPSS IDE 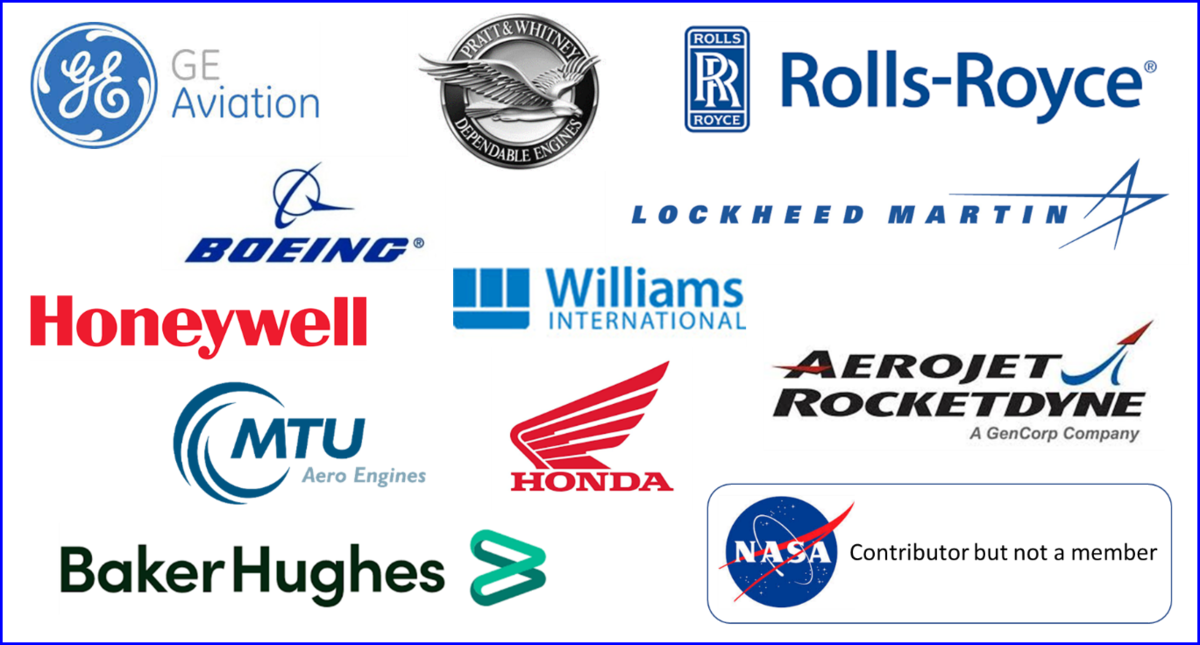 The NPSS Core project is focused solely on software updates, bug fixes, and new features for the NPSS software environment. This includes the various functions of the NPSS interactive environment, converters for developing compiled content, standardized functions that support model development and operation, and numerical routines used by the solver for steady-state and transient solutions.

SwRI’s NPSS development team has been adding new capabilities and addressing bugs since the release of NPSS v2.6.1 in December 2013. Among some of the early updates were the ability to specify a unit system, support 64-bit runtimes under Windows® and Linux® operating systems, and enhanced tracking of file dependencies and object hierarchies. Furthermore, feedback from our NPSS-user community has prompted improvements in documentation, reduced memory footprint, and increased execution speeds. The most recent release of the NPSS software, v3.2, continues to address user feedback, including additional documentation improvements, combined FlowStation classes, thermodynamic package fixes, and additional improvements to the NPSS interactive environment. See the Release Notes for additional explanations about the various improvements included in the latest NPSS Core release.

As described above, the NPSS IDE is a new tool developed by the NPSS Consortium. It was released publicly in 2020. The purpose of the NPSS IDE is to make the NPSS software more accessible to new and casual users. However, advanced users will also find the tool useful, because it eases the process of developing new models and investigating the structure of existing unfamiliar models.

NPSS EMI contains examples of NPSS [E]lements, [M]odels, and [I]nterfaces. The focus of the NPSS EMI project is to independently manage, maintain, and develop the engineering functions associated with NPSS. Therefore, EMI releases can occur independent of NPSS Core releases.

Example [E]lements contain the engineering code that defines the behavior of various cycle components. A few examples of standard elements included in EMI include a compressor, turbine, duct, and burner.

The example [M]odels in this project are intended to be demonstration models that can be used for training purposes or for the development of new models. A few of the example models included in EMI are air-breathing engine propulsion cycles, a mission analysis model, a refrigeration cycle model, and examples of building customer decks.

[I]nterfaces are crucial for sharing NPSS models with other companies, users, and toolsets. For example, NPSS developers can integrate models with various tools to complete design studies, optimization studies, or conduct hardware-in-the-loop analyses. The intent of the interface examples is to provide clear documentation about how to implement these interfaces.

How to Get NPSS or Request NPSS Support

SwRI manages the NPSS Consortium on behalf of the Consortium members. Thus, you can purchase a NPSS license online via SwRI’s NPSS License page. Since NPSS is export controlled, the sale of NPSS licenses is restricted to countries not currently listed on the U.S. Department of Commerce Anti-Terrorism watch list.

For users or companies with significant experience using NPSS, or for companies with a large user base, Consortium membership may be beneficial. Members enjoy all the features of the commercial software, plus access to the full source code (a significant value for building the source to fit your own computing resources), unlimited NPSS licenses, opportunity to contribute towards defining future NPSS development efforts, and the legal right to sub-license NPSS to sub-contractors and vendors for the purpose of model sharing.

To contract SwRI for any NPSS modeling or development needs, for questions about the software, or for additional information about consortium membership, send an email to the NPSS Consortium Manager, contact Griffin Beck or call +1 210 522 2509.