3DStress has been used to simulate injection into a saltwater disposal well in Youngstown, Ohio. The results of this study indicate that the rocks beneath the well contain a fault that was progressively reactivated by the injected fluid, culminating in a magnitude 4.0 earthquake.

The animation above depicts changes in slip tendency and seismicity rate at the Northstar
disposal well in Youngstown, Ohio in 2010-2011.

Earthquakes result from slip on a pre-existing fault. The larger the fault surface that slips, the larger the earthquake magnitude. 3DStress has tools that evaluate how much of a fault’s area is at risk of slipping in the stress state it is experiencing. 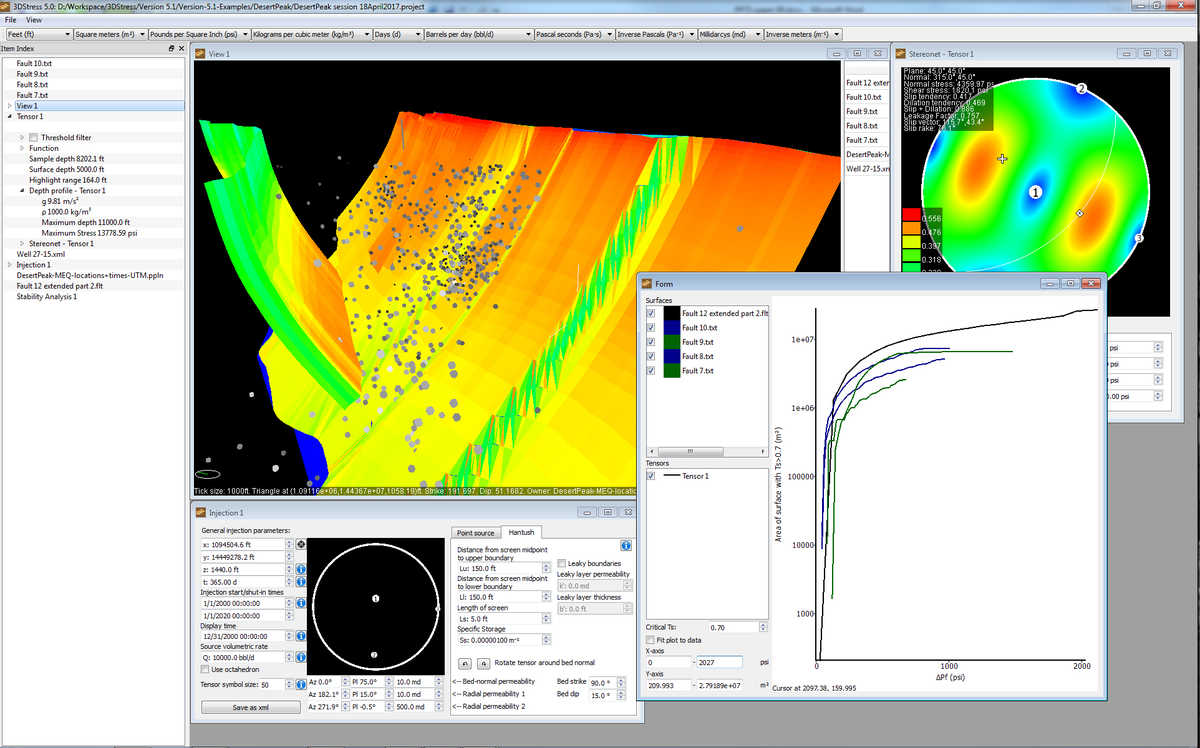