Intelligent Machines for an Endless Number of Applications

SwRI’s robotics and automation group is divided into a few “program areas,” or technology focuses, typically centered around a market segment. One of these program areas is titled “Intelligent Machines.” To the casual observer, Intelligent Machines could mean anything from the computer you are reading this article on to the microwave you reheated your leftovers in for lunch, which are machines that have some level of intelligence. To the SwRI robotics team, though, the title takes on a more specific meaning: machines and tools that can perform challenging industrial tasks based on input from their environment. The typical drivers for our customers to develop these devices include increased process quality, automation of a task that is traditionally manual, improved worker safety, and development of solutions for applications that are highly repetitive but require some level of decision making.

Some of the challenges the team works on include retrofitting existing machines with Sensing & Perception, Machine Learning Technologies, and other software, computers, and hardware. One SwRI project was for an organization that produced and bagged wood chips for barbecuing to be sold in big box stores. The issue with their existing equipment was that standard bagging machines, and off-the-shelf sensing solutions, were unable to accurately load the correct weight of wood chips into bags. SwRI’s solution: add a 3D camera to the conveyor where wood chips feed into the bagging machine. The data from this 3D camera was passed to a computer that calculated the volume of wood chips on the conveyor and then estimated weight. Using this information, the computer controlled the speed and actions of the bagging machine to accurately bag the wood chips. 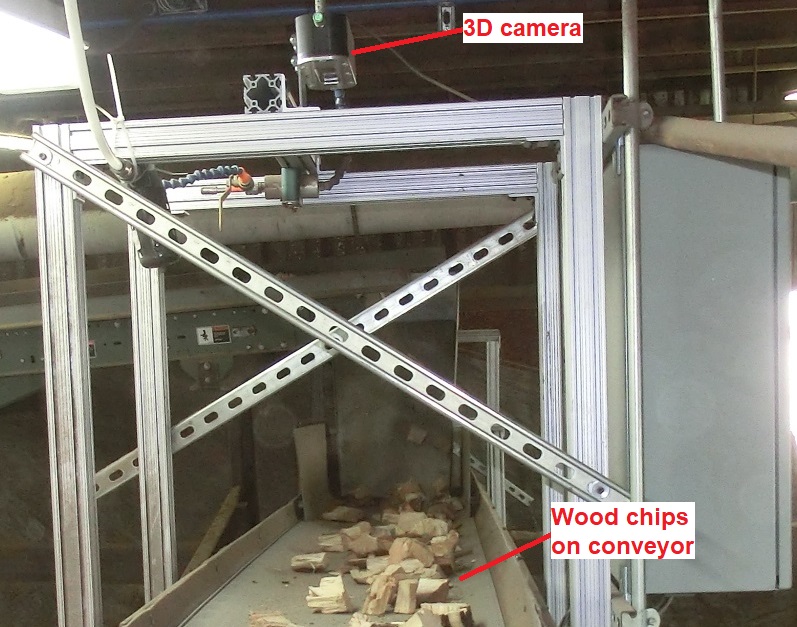 On other projects, it is necessary to create intelligent tools for completing a task or set of tasks. These tools may be mounted to the end of an industrial robot, installed within a larger automation work cell, held by an operator, or function independently. SwRI has developed many tools and techniques for handling products that have properties that make automation difficult, such as being fragile, sticky, compliant, amorphous, or slippery. These challenges bring the SwRI team into the lab, testing, and brainstorming concepts that ultimately develop into new devices and production processes. The robot end effectors for composite prepreg handling illustrate intelligent tools. 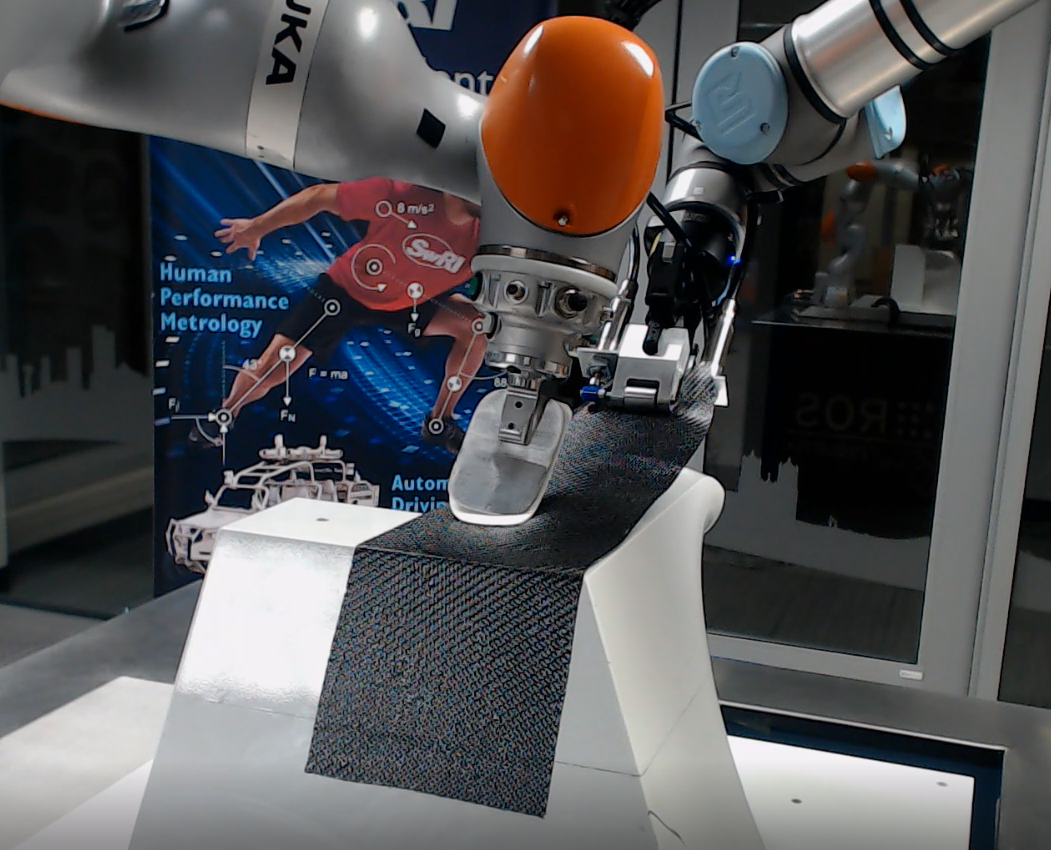 Custom Solutions where None Exist

In other cases, the Intelligent Machines team is required to develop automated systems from the ground up. In these projects, it is necessary to test and integrate a variety of individual systems to ensure functionality, safety, and ease of use for years to come. One example is an ongoing project to build a robotic inspection system for nuclear storage tanks at the Hanford Site, a U.S. Department of Energy facility. The goal of this project is to design, build, and deliver a custom mobile robot for inspecting double-walled chemical and nuclear waste containment tanks. The system utilizes an SwRI-developed guided wave sensor mounted on a tracked base to traverse the narrow space between the two walls, looking to detect defects. Since this space is not readily accessible by humans, the robotic system must be flexible to fit through small spaces, extensively tested for functionality, and have fail-safes in place to enable operation and recovery for a range of scenarios. 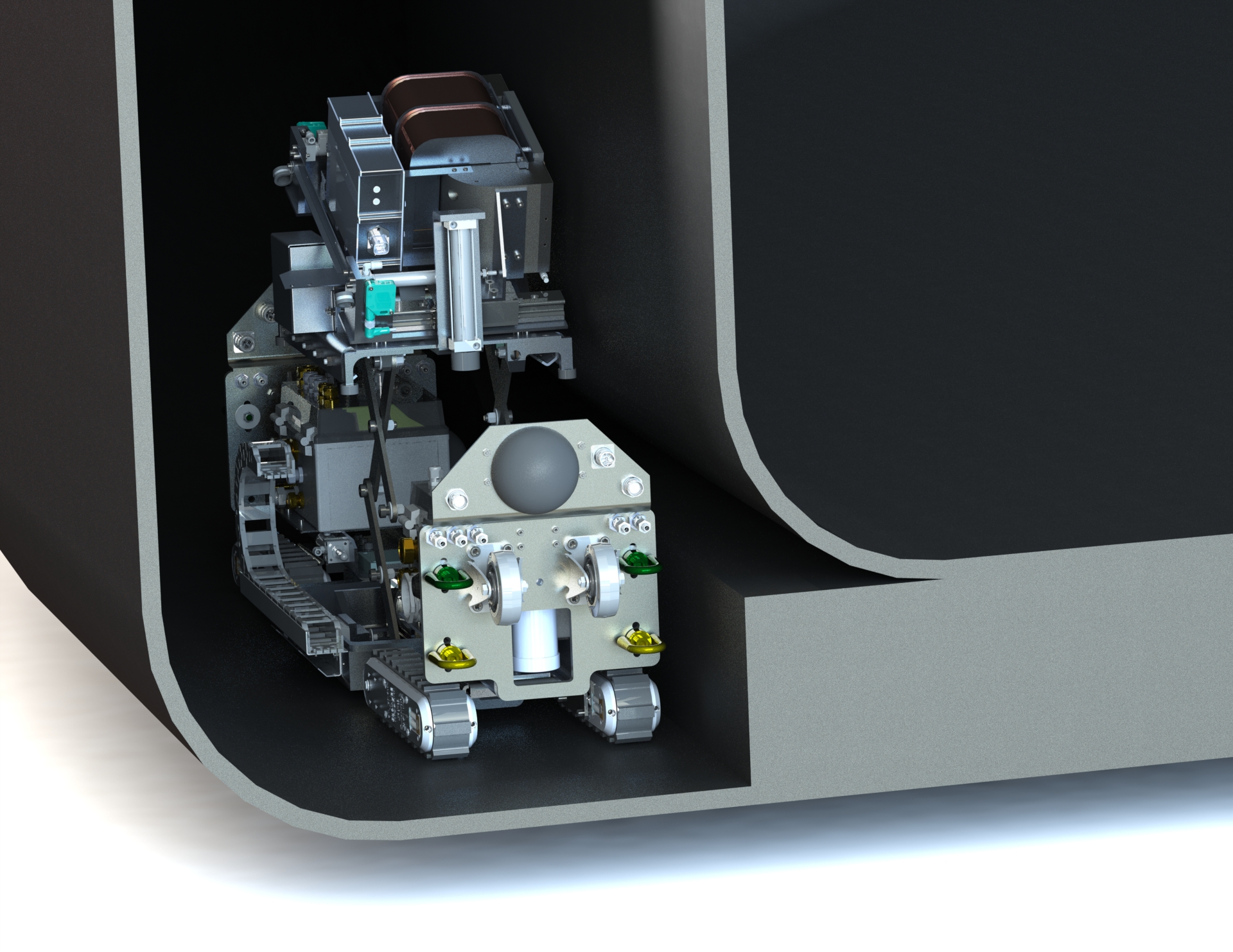 In the end, the term “Intelligent Machines” is indeed very broad, and the applications are seemingly endless. Our team enjoys these unique challenges and finds them a great opportunity to stretch our engineering muscles.

Reach out if there is a challenge your organization is struggling with and we can see if an Intelligent Machine is the best answer.