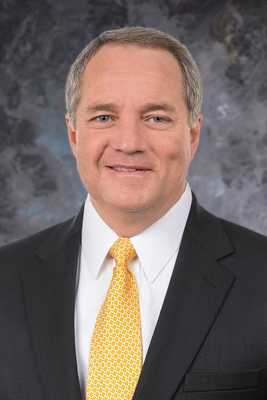 Hamilton holds a master’s of science degree in aerospace engineering and engineering mechanics, and a bachelor’s of science degree in aerospace engineering, both from The University of Texas at Austin. He is a certified Professional Engineer in Texas. During his career, Hamilton has provided technical expertise to a myriad of projects in government and industry while also providing business and community leadership. His multidisciplinary technical expertise includes engineering, science, and risk assessment.

Hamilton is a Fellow of the American Association for the Advancement of Science (AAAS), the world's largest multidisciplinary scientific society and a leading publisher of cutting-edge research. He is the 2020 Chair of the San Antonio Chamber of Commerce and the first president of the Academy of Distinguished Alumni for the University of Texas Department of Aerospace Engineering and Engineering Mechanics. Hamilton serves on the Executive Committee of United Way of San Antonio and Bexar County, as well as the University of Texas at San Antonio College of Sciences Advancement Council. He is a Trustee of the San Antonio Medical Foundation and a Special Trustee of the Texas Biomedical Research Institute. Hamilton is also a member of the American Society of Mechanical Engineering (ASME) Industry Advisory Board, a member of the Industry and Community Affiliates of The Academy of Medicine, Engineering & Science of Texas (TAMEST), and a member of the Dee Howard Foundation Board of Directors. He has served as a member on the External Advisory Committee of the University of Texas at Austin Department of Aerospace Engineering and Engineering Mechanics.