Over the past 13 years, the NASGRO team at SwRI has presented the NASGRO short course 67 times (29 times here in San Antonio and 38 times by request at customer sites), and we have trained over 1,200 people. 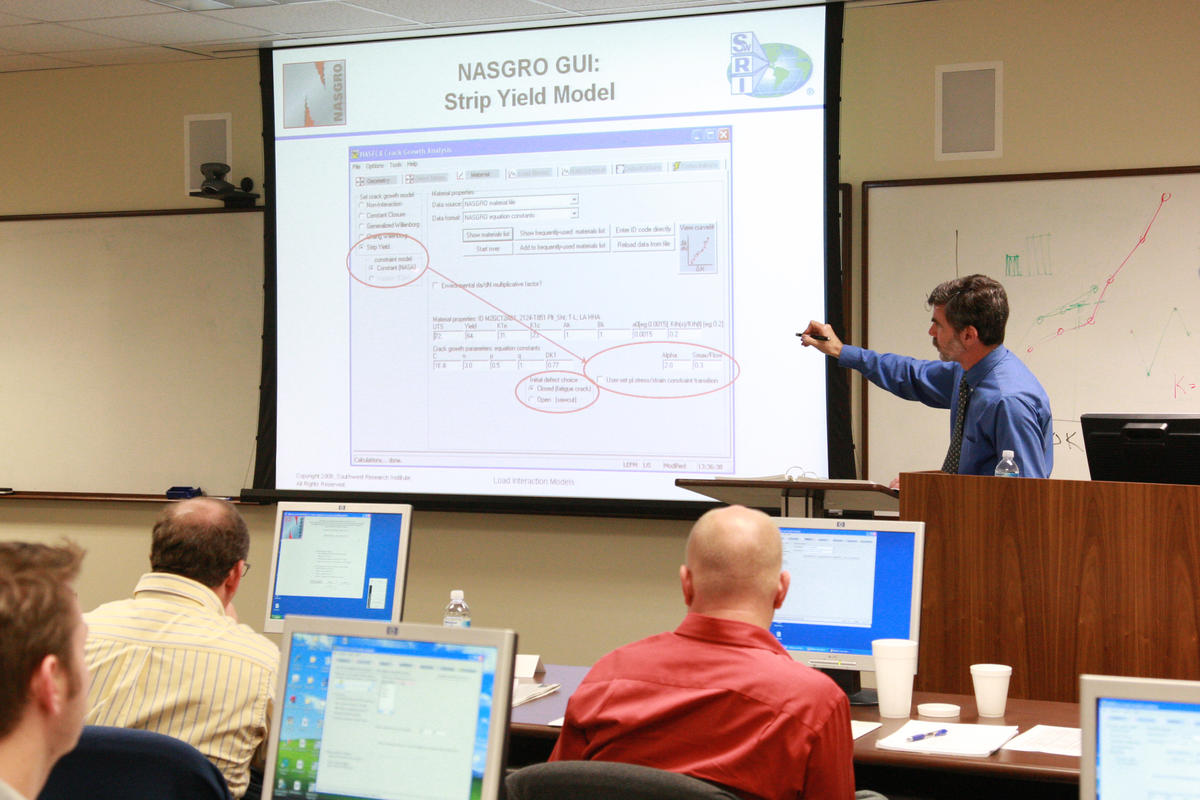 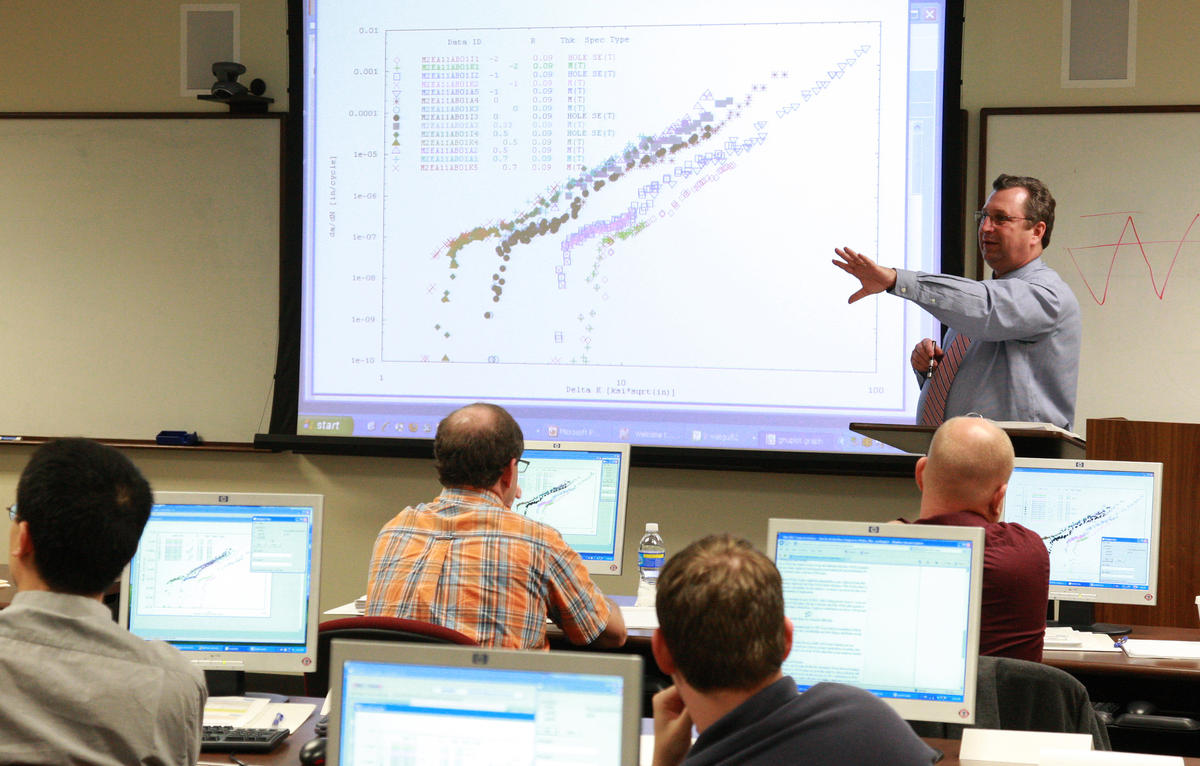 This course is intended for engineers and scientists wanting to become more familiar with NASGRO. Previous background in fracture mechanics is helpful but not essential. No previous experience with NASGRO is required, but even experienced NASGRO users can learn many new things about the software in this course. The course is taught using both lectures and hands-on example problems. Both fracture mechanics theory and NASGRO features are addressed. A typical course agenda is available here.

Under “normal” circumstances, Southwest Research Institute presents a NASGRO short course at least two times each year in San Antonio. However, the ongoing pandemic has made this impossible, causing us to cancel our in-person courses until the pandemic subsides.

We are now pleased to announce that we offer a live virtual NASGRO short course. The course uses the same curriculum and the same instructors as the standard in-person course, but the content is presented over five different days for about four hours each day. The lectures and NASGRO demonstrations are presented using WebEx, and the hands-on student exercises can be performed using NASGRO installed on a virtual computer in the cloud (each student will have secure access). This cloud-based service allows the instructors to “look over the shoulder” of individual students and provide personalized help when someone has difficulties. Students will also be given access to a free short-term demo copy of NASGRO that they can install on their own computer for additional practice. A PDF copy of the presentation charts will be provided to the students.

Assuming that enough students confirm their availability, the next virrtual course will be presented on February 2, 3, 4, 9, and 10 starting at 12:30 Central Time each day and finishing around 4:30 Central Time.

The registration fee for this course will be the same as for the standard in-person course: $1750 ($875 for employees of companies participating in the NASGRO Consortium).

To register for a NASGRO training course at SwRI, contact Ms. Alberta “Birdie” Matthews at +1 210 522 3076. Registration will be confirmed only after receipt of payment. Several methods of payment are accepted, including credit cards via a secure registration portal.

SwRI and the European Space Agency occasionally teach a special joint course on NASGRO and ESACRACK at the ESA Technical Center in Noordwijk, Netherlands. The course is open to citizens of ESA and European Union Member States and the USA (not just ESA employees and contractors). For other nationalities, restrictions may apply. This class covers most of the material in the standard NASGRO three-day class, plus additional lectures on supplementary ESACRACK modules such as ESALOAD and ESAFATIG. The ESA class originally scheduled for 2020 was postponed twice because of the COVID-19 virus issues. It will be rescheduled for a date TBD, most likely in the second half of 2021, subject to a favorable status of the COVID-19 virus situation at that time. Contact Gerben Sinnema at ESA for more information about the ESA class. View additional information about this training.

The SwRI team is available to present the NASGRO course at client sites upon request.  Costs to present those courses depend on course duration and location. These fees support the actual expenses of staff time, travel, and reproduction of curriculum materials. The content and length (1-3 days) of the course can be tailored to your specific needs. For more information about NASGRO classes at your site, contact Joe Cardinal.