The Fleming Medal was named in honor of John Adam Fleming (1877–1956), a physicist who made significant contributions to the establishment of magnetic standards and measurements.

Burch is a leading researcher in the field of magnetospheric physics, the study of the behavior of the electrically charged gases within the region of space dominated by a planet's magnetic field. As principal investigator, he led NASA's successful IMAGE mission, the first mission to use innovative imaging techniques to obtain global images of key regions of Earth's inner magnetosphere. In recognition of his leadership on the IMAGE mission, he received in 2008 the first Jeoujang Jaw Award, bestowed jointly by the International Committee on Space Research (COSPAR) and the Chinese Academy of Sciences to a scientist who has made distinguished pioneering contributions to promoting space research, establishing new space science research branches and founding new exploration programs.

Currently, Burch serves as principal investigator of the instrument suite science team for NASA's Magnetospheric Multiscale (MMS) mission, which will launch four identical spacecraft into space to perform the most definitive study yet on magnetic reconnection, a fundamental physical process in which energy stored in a magnetic field is abruptly transformed into heat and the kinetic energy of the electrically charged particles that make up plasma. At the Sun, reconnection is responsible for the initiation of solar flares and coronal mass ejections. At Earth, reconnection is the process by which energy is transferred from the solar wind to the magnetosphere, resulting in the geomagnetic disturbances that produce the northern and southern lights and that can, in severe cases, disrupt electrical power grids and spacecraft operations. MMS is scheduled to launch in August 2014.

Burch is also principal investigator of the Ion and Electron Spectrometer on the ESA Rosetta comet mission and has been principal investigator for instruments flown on NASA's Dynamics Explorer 1 and ATLAS-1 missions. He leads a staff of 325 employees who are involved in a variety of space science and engineering activities at SwRI.

Along with Dr. James Drake (University of Maryland, College Park), Burch recently received the Popular Writing Award from the Solar Physics Division of the American Astronomical Society for the article "Reconnecting Magnetic Fields," published in the September–October 2009 issue of American Scientist.

As an active member of the space science community, Burch has been a long-time member of the AGU. He was elected a Fellow in 1995 and has served as chair of the Committee on Public Affairs and the Meetings Committee and as president of the Space Physics and Aeronomy section. He served a five-year term as editor-in-chief of the AGU publication Geophysical Research Letters and is currently editor for magnetospheres and interplanetary matter of the journal Space Science Reviews. In 2001 Burch was selected by the AGU to deliver its Van Allen Lecture.

Burch has served on advisory committees for NASA, the European Space Agency and other organizations. He served a four-year term as chair of the Committee on the National Research Council's Solar and Space Physics (CSSP), which advises the nation in the areas of solar physics, magnetospheric physics and space weather. As CSSP chair, Burch played a key role in implementing the first decadal survey for the fields of solar and space physics. For his years of service, Burch was named a lifetime national associate of the National Academies. 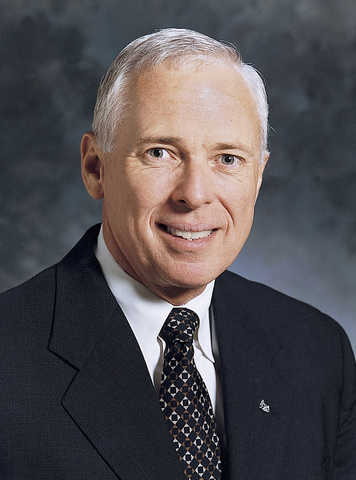 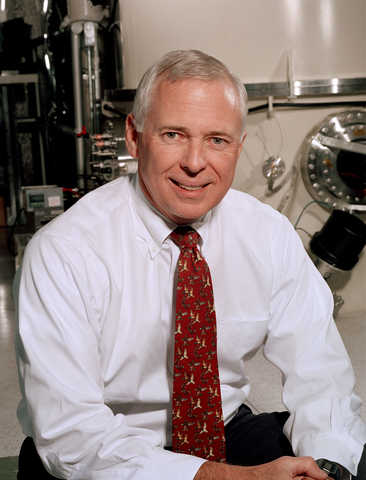