SwRI will be at the International Telemetering Conference

Through a new 13-month contract valued at $1.5 million, SwRI will apply its constraints technology developed in flight test research to standardize software systems used in U.S. Army ground vehicles. The contract expands on a one-year project where SwRI used DARPA’s Building Resource Adaptive Software Systems (BRASS) technology to augment the capabilities of a common flight test constraints implementation that SwRI has been developing through the U.S. Department of Defense’s Integrated Network-Enhanced Telemetry program, or iNET.

The U.S. military faces many challenges in making hardware and software interoperable and long-lasting in aircraft and ground vehicles. SwRI’s DARPA contract will create opportunities to connect interoperability initiatives across the DOD.

DARPA’s BRASS program is designed to make software last a century through standardization and adaptation to changes in technology. The Army is addressing interoperability concerns in ground vehicles through the VICTORY program. VICTORY is short for Vehicular Integration for C4ISR/EW Interoperability. Separately, the DOD is standardizing flight test instrumentation interoperability through iNET.

The Army created the VICTORY initiative to help correct problems created by the “bolt on” approach for integrating Army ground vehicle electronics. VICTORY is necessary to minimize the amount of redundant hardware associated with current capabilities and to reduce the cycle time and cost necessary to develop, integrate, test, maintain and upgrade vehicles throughout their lifecycles.

Under a previous $791,000 contract, SwRI explored DARPA BRASS to help adapt for complex flight test environments using a universal flight test Metadata Description Language (MDL) in military and civilian aircraft. The new contract will continue the flight test research. It will also expand the project scope by researching the constraints technologies as a method of identifying problems and scenarios in ground vehicle missions then modeling solutions to them with software.

To learn more, visit https://tacticalnetworks.swri.org or stop by SwRI’s Booth No. 708 at the International Telemetering Conference Nov. 6-8 in Glendale, Ariz. 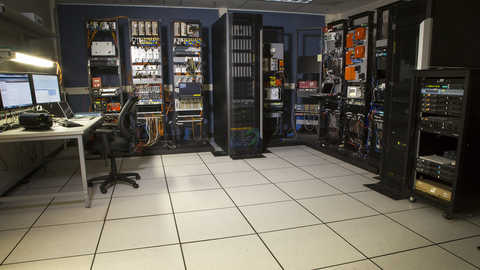