Sept. 15, 2011 — John P. Hageman, a principal scientist in the Environmental and Safety Systems Department at Southwest Research Institute®(SwRI®), has been reappointed to the Texas Radiation Advisory Board. The reappointment, made by Gov. Rick Perry, was announced Aug. 25; Hageman will serve a six-year term until 2017. He was elected chairman by the Board members in February 2011.

Hageman, who joined the Institute staff in 1976, serves as SwRI's Radiation Safety Officer. At SwRI, he is responsible for the use of a large variety of radionuclides under a broad-scope radioactive materials license issued for research and development. He is also responsible for the safe operation of a large variety of radiation-producing machines used for laboratory analysis and for the radiation effects facility. Prior to coming to SwRI, Hageman worked for Westinghouse Electric at the Naval Reactors Facility in Idaho training Navy officers on nuclear submarine operations.

Hageman has served on the Texas Radiation Advisory Board since 2008, and as Board vice chairman. He is a Fellow of the Health Physics Society, currently serves as treasurer of the Society and served on its Board of Directors from 2003 to 2006. He is a member of the Bexar County Local Emergency Planning Committee, for which he is currently treasurer, and is an associate editor of Operational Health Physics. 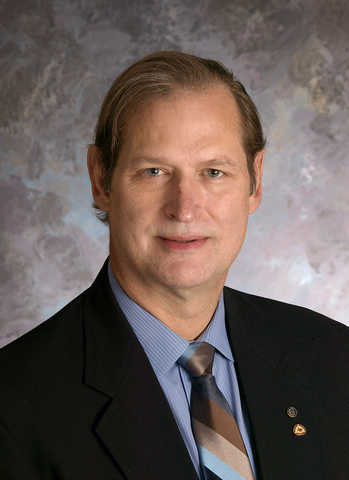