Sept. 24, 2019 — Southwest Research Institute engineers are advancing what researchers know about hypersonic flight. A new study presented at the 2019 Joint Army-Navy-NASA-Air Force (JANNAF) Propulsion Meeting describes a series of tests conducted at SwRI’s San Antonio headquarters that elucidate the conditions a future aircraft may experience traveling faster than 10 times the speed of sound.

“Hypersonic speed is defined as faster than five times the speed of sound or greater than Mach 5. When something is flying that fast, the air will chemically decompose around the craft,” said SwRI’s Dr. Nicholas J. Mueschke, the study’s lead author. “Some points behind the shockwave created by the vehicle are hotter than the surface of the sun. Essentially, it’s flying through this strange chemical environment that causes whatever is traveling through it to heat up, melt and chemically react with the air.”

The gun system is designed to generate very high velocities up to 7 kilometers per second (15,660 mph). The system itself is 22 meters (72 feet) long and is traditionally used to study ballistics.

SwRI engineers used the gun system to propel objects at speeds from Mach 10 to 15 to study how the hypersonic flight conditions would affect a variety of materials and geometries.

“The goal here is to examine how these aerodynamically unstable projectiles react to this extremely intense chemical environment,” Mueschke said.

Mueschke and his colleagues are working to understand how the flights of these smaller projectiles replicate the true hypersonic flight conditions that full-scale vehicles experience. This can be accomplished because the light gas gun flight range can mimic a broad range of flight altitudes while also providing an acoustically and chemically pristine flight environment.

The study, co-authored by Mueschke, describes the series of tests. They demonstrated that by flying small objects of varying shapes through different equivalent flight altitudes, they can observe the intense heating and vehicle material loss that occur on full-size vehicles due to turbulent boundary layer transitions and complex shock wave interactions.

“We’re not just demonstrating a novel research capability,” Mueschke said. “This research will help us address material problems associated with hypersonic flight, the first step toward the technology of tomorrow.” 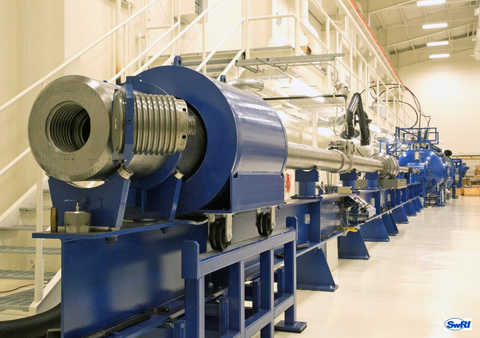 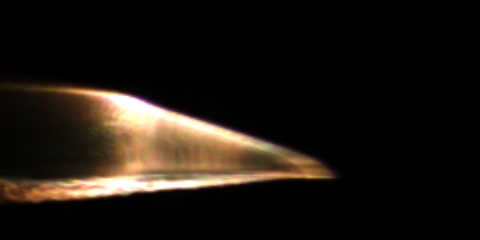