Dec. 14, 2010 — Invisible to the naked eye, yet massive in structure around the Earth is the magnetosphere, the region of space around the planet that ebbs and flows in response to the million-mile-per-hour flow of charged particles continually blasting from the Sun. NASA's Interstellar Boundary Explorer (IBEX) spacecraft, designed to image the invisible interactions occurring at the edge of the solar system, captured images of magnetospheric structures and a dynamic event occurring in the magnetosphere as the spacecraft observed from near lunar distance.

"The image alone is remarkable and would have made a great paper in and of itself because it's the first time we've imaged these important regions of the magnetosphere," says Dr. David McComas, principal investigator of the IBEX mission and assistant vice president of the Space Science and Engineering Division at Southwest Research Institute® (SwRI®).

However, a closer look at the various images produced by multiple IBEX orbits revealed what appeared to be a piece of the plasma sheet being bitten off and ejected down the tail. This magnetic disconnection phenomenon — a dynamic event where the magnetic fields "reconnect" across the plasma sheet, producing what is known as a plasmoid, is one explanation for what could be occurring in the series of images, which has never directly been seen before.

"Imagine the magnetosphere as one of those balloons that people make animals out of. If you take your hands and squeeze the balloon, the pressure forces the air into another segment of the balloon," says McComas. "Similarly, the solar wind at times increases the pressure around the magnetosphere, resulting in a portion of the plasma sheet being pinched away from the rest of the plasma sheet and forced down the magnetotail."

Because researchers believe this phenomenon generally occurs deeper in the magnetotail, the IBEX team is considering other explanations for the event, as well. Other possibilities include acceleration of ions from compression of the plasma sheet or an injection of new plasma caused by a reconnection event further back in the tail, with particles streaming back toward Earth.

"To actually be able to observe and image the plasma sheet and magnetotail for the first time, and especially to be able to see their dynamic variations, is extremely exciting," McComas continues.

Since its October 2008 launch, the IBEX science mission has flourished into multiple research studies. In addition to studying the interstellar interactions at the edge of the solar system and doing magnetospheric science, the spacecraft has also directly collected hydrogen and oxygen from the interstellar medium for the first time and made the first observations of very fast hydrogen atoms coming from the Moon, following decades of speculation and searching for their existence. 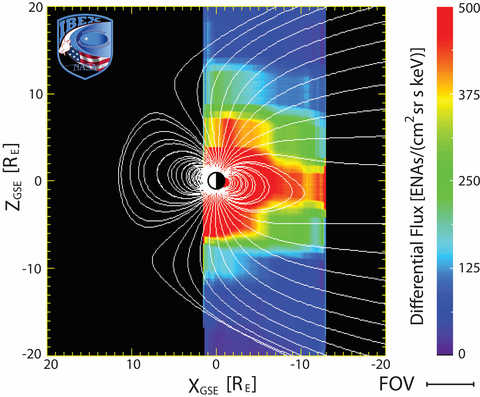 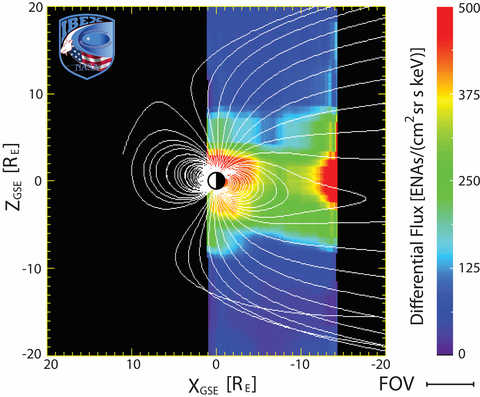