March 28, 2022 — Dr. James Burch of Southwest Research Institute has received NASA’s highest honor for nongovernment employees, its Distinguished Public Service Medal. Burch is recognized for his visionary science mission leadership in investigating the interaction of the solar wind with the magnetospheres of Earth and Saturn as well as the environments of comets.

“Under his leadership, new generations of scientists have grown into their prime,” said Barbara Giles, associate chief of the Geospace Physics Laboratory at NASA’s Goddard Space Flight Center. “It is difficult to find a scientist who has contributed more to NASA’s Science Mission Directorate than James Burch. His work has made an enduring impact on NASA’s successes in heliophysics, space weather and planetary science.”

Burch has served NASA as a principal investigator (PI) on numerous missions and research grants. He conceived the concept for NASA’s first medium-class Explorer, the Imager for Magnetopause-to-Aurora Global Exploration (IMAGE) spacecraft. He invented several new observing techniques that allowed IMAGE to observe, for the first time, the global structure of plasmas in the Earth’s magnetosphere, profoundly changing the understanding of how space weather affects daily life on Earth.

Burch also served as PI of NASA’s Ion and Electron Sensor (IES) on the Rosetta mission — the first mission to escort a comet as it orbited the Sun. His instrument observed, again for the first time, how the plasma environment on a comet changes as it approaches the Sun, providing insights into the origin and evolution of our solar system.

He currently serves as PI of the Magnetospheric Multiscale (MMS) mission. The mission’s four spacecraft include 120 instrument components and have revolutionized the understanding of magnetic reconnection in space. This explosive process is responsible for space weather storms, aurora, solar flares and many other phenomena in the universe.

Burch has played a significant role on multiple NASA advisory committees, where his leadership and vision have helped define the course of the agency’s space physics and aeronomy research for more than two decades. He chaired the National Research Council’s Committee on Solar and Space Physics and led more studies for NASA than any other chair, past or present. For his years of service, Burch was named a lifetime national associate of the National Academies. Among numerous other awards and honors, he was recently awarded the American Geophysical Union’s 2021 William Bowie Medal, the organization’s highest honor.

“Dr. Burch has provided technical contributions and leadership to NASA since joining SwRI in 1977. Since then, he has built a premier space research and technology program at SwRI, developed and enhanced basic theories, led the development and design of many scientific instruments, and served as the principal investigator for national and international agencies,” said Adam L. Hamilton, SwRI president and CEO. “SwRI’s Space Science and Engineering Division now has over 460 staff members in eight departments with laboratories in San Antonio as well as Boulder, Colorado; Durham, New Hampshire; and Austin, Texas.”

NASA’s Distinguished Public Service Medal is the highest form of recognition given to citizens whose distinguished service or vision have contributed to the advancement of NASA and the nation, demonstrating a level of excellence that has made an indelible impact to NASA mission success. Another SwRI researcher, Dr. Alan Stern, received NASA’s Distinguished Public Service Medal in 2016 in recognition of his leadership of the New Horizons mission, which returned remarkable imagery and other data from the Pluto system. 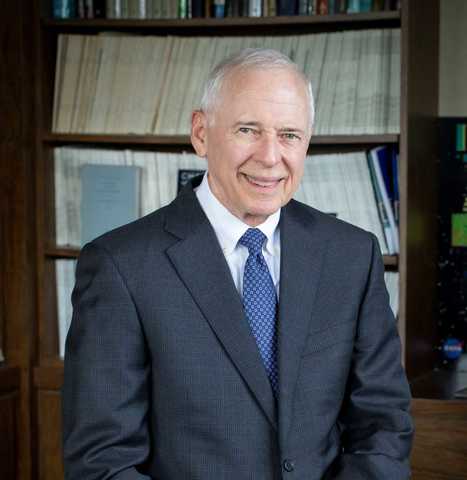