June 27, 2022 — Southwest Research Institute’s Kelly Smith has been promoted to Institute engineer, the highest technical level at SwRI. Since he joined SwRI in the 1990s, he has contributed to several space missions and programs, designing and testing space structures, instruments and electronics.

A member of SwRI’s Space Science and Engineering Division, Kelly serves as lead mechanical engineer for the Polarimeter to Unify the Corona and Heliosphere (PUNCH) Wide Field Imager (WFI), as well as the lead thermal engineer for the PUNCH Spacecraft.  He also serves as systems and mechanical lead for the Spectrograph and Camera for the Observation of Rapid Phenomena in the Infrared and Optical (SCORPIO) ground-based GEMINI observatory instrument; the mechanical lead for the Dream Chaser Fault Tolerant Flight Computer, a flight computer for the Dream Chaser spacecraft; and the L’Ralph MVIC visible detector system, a multispectral imager aboard the Lucy spacecraft en route to the Trojan asteroids.

“It is absolutely a huge honor to be given this kind of recognition and responsibility as an Institute engineer,” Smith said. “As our space program continues to grow, I’m very much looking forward to our growth in designing, producing and testing multiple spacecraft builds in our new Spacecraft Integration and Test facility, as well as continuing to act as a mentor to our engineering staff.”

Smith has a bachelor’s degree in mechanical engineering from Texas A&M University and a master’s degree in mechanical engineering from Stanford University. As an undergraduate, he worked as a co-op engineer at General Dynamics Fort Worth, now a division of Lockheed Martin. His time there sparked his interest in the aerospace field. Before joining SwRI in 1995, Smith worked at NASA’s Langley Research Center.

While at SwRI, Smith has participated in the design of several spaceflight avionics assemblies, as well as ground-based and space-borne instruments. As the lead mechanical engineer for the Mars Science Laboratory Radiation Assessment Detector (MSL RAD), he oversaw the mechanical development of this key instrument aboard NASA’s Mars Curiosity Rover, which landed in 2012.

“The RAD measures the radiation levels on Mars, which is very important when you think about potentially sending people to the Red Planet,” Smith said.  “I’m very proud to have been a part of that work.”

Smith’s proudest work, however, has been his efforts to reach out to children and encourage them to take an interest in science and engineering. He frequently speaks to local students about his work in an effort to encourage them to pursue STEM careers.

“Frankly, the universe and our ability to study everything in it, is phenomenal to me. The fact that all of this exists, and our amazing team at SwRI is able to contribute to its exploration is what excites me about our work,” he said. “I’ve always liked exploring, since I was very young.  Space is just this wonderful place to go explore and find new things, and it never ceases to amaze me what’s out there.” 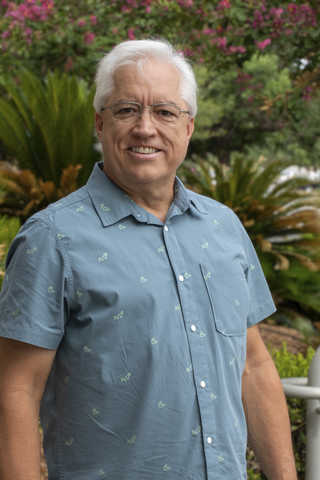