“Current tests used to certify engine systems might not be enough. We’re missing a key part of emissions testing. The Low-Load Cycle is uncovering weaknesses,” said SwRI Research Engineer Bryan Zavala, who was part of the development team. “When we operate heavy-duty engines at low-load conditions, the aftertreatment systems do not perform well. This tells us heavy-duty diesel engines are emitting emissions above the regulated standard.”

SwRI developed the Low-Load Cycle for the California Air Resources Board (CARB), a state organization charged with combatting air pollution. In 2024, California is projected to be the first state to implement the stricter engine test when new emissions standards take effect.

“The development and implementation of the Low-Load Cycle for certifying heavy-duty diesel engines will require manufacturers to produce engines that are better able to control emissions under this type of operation,” said CARB Vehicle Program Specialist William Robertson, Ph.D. “This Low-Load Cycle, derived from extensive real-world activity data logging, is key to assuring installation of adequate emissions-control hardware and strategies for their effective utilization across the range of duties of trucks used in our communities.”

SwRI engineers developed the LLC using databases from the National Renewable Energy Laboratory and the University of California, Riverside College of Engineering Center for Environmental Research and Technology. The databases provided engine speed and load profile information on 18-wheelers, delivery trucks and buses that drive U.S. highways. During the LLC, a technician connects the engine to a dynamometer, adjusting the speed and torque to reflect a low load. Aftertreatment technology exposed to the stringent cycle consistently shows deficiencies.

“Diesel engine aftertreatment system failure results in higher pollution levels,” said SwRI Senior Research Engineer Shekhar Vats. “If the Low-Load Cycle is widely adopted as a standard test, we would expect manufacturers to develop technology that can pass these challenges, leading to less pollution and cleaner heavy-duty engines on the road.” 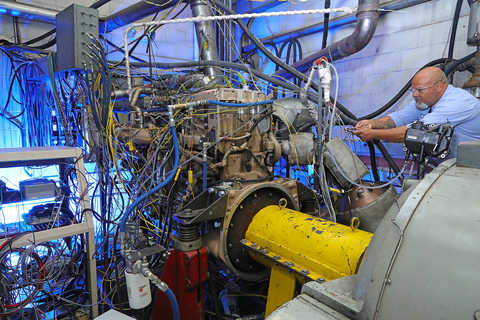 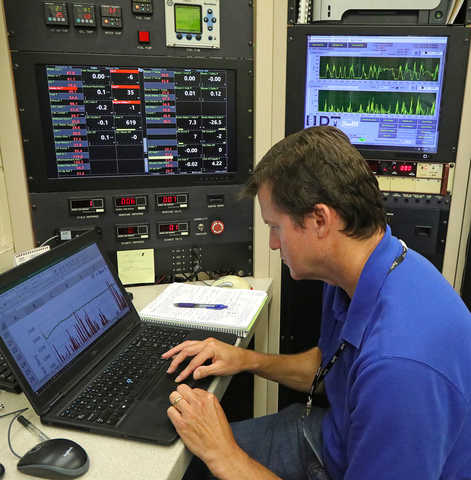