San Antonio — March 26, 2013 — When NASA's twin GRAIL spacecraft made their final descent for impact onto the Moon's surface last December, the Lunar Reconnaissance Orbiter's sophisticated payload was in position to observe the effects. As plumes of gas rose from the impacts, the Lyman Alpha Mapping Project (LAMP) aboard LRO detected the presence of mercury and hydrogen and measured their time evolution as the gas rapidly expanded into the vacuum of space at near-escape velocities.

NASA intentionally crashed the GRAIL twins onto the Moon on Dec. 17, 2012, following successful prime and extended science missions. Both spacecraft hit a mountain near the lunar north pole, which was shrouded in shadow at the time. Developed by Southwest Research Institute (SwRI), LAMP uses a novel method to peer into the darkness of the Moon's permanently shadowed regions, making it ideal for observations of the Moon's night-side and its tenuous atmospheric constituents.

"While our results are still very new, our thinking is that the hydrogen detected from the GRAIL site might be related to an enhancement at the poles caused by hydrogen species migrating toward the colder polar regions," says Dr. Kurt Retherford, LAMP principal investigator and a principal scientist at SwRI.

In October 2009, LAMP observed the impact of NASA's Lunar Crater Remote Observation and Sensing Satellite (LCROSS), making the first confirmation of the presence of atomic mercury, molecular hydrogen and carbon monoxide, along with smaller amounts of calcium and magnesium. Based on the analysis of lunar samples from the Apollo missions, G.W. Reed, a chemist at the Argonne National Laboratory, predicted an enhancement of mercury near the poles and its permanently shaded regions as far back as 1999. However, the prediction went unnoticed until it was cited by the LAMP team in the scientific literature. The new mercury measurements are being used to study the migration process behind this enhancement.

"Combining GRAIL results with LCROSS results could tell us more about hydrogen and water near the poles," says Dr. Thomas Greathouse, a LAMP team member and SwRI senior research scientist. "We have begun to understand that the amount of water ice near the polar regions is higher than was previously thought, but we don't fully understand how it gets there."

LAMP usually observes the night-side lunar surface using light from nearby space (and stars), which bathes all bodies in space in a soft glow. This Lyman-alpha glow is invisible to human eyes but visible to LAMP as it reflects off the Moon. However, the new detection of Lyman-alpha emissions from native lunar atomic hydrogen gas released by the impact is a first for LAMP, and for any previous instrument. 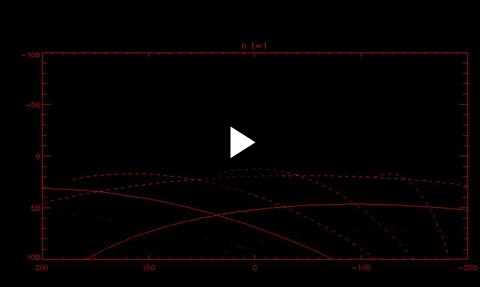 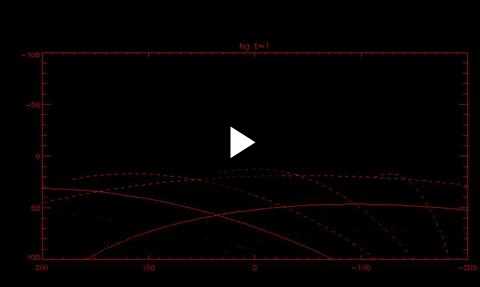