The Rapid IV contracts serve as a fast and flexible means for the government to acquire spacecraft and related components, equipment and services in support of NASA missions and/or other federal government agencies. The spacecraft designs, related items and services may be tailored, as needed, to meet the unique needs of each mission.

“Being selected for the Rapid Spacecraft Development Office (RSDO) IV catalog is a major milestone for the SwRI spacecraft development program,” said Michael McLelland, executive director of SwRI’s Space System Directorate. “Our strong heritage in all phases of science and technology development missions and our collaborative approach to working with our customers makes us an excellent choice as a spacecraft provider for the unique missions developed under RSDO.”

An evolution of SwRI’s small satellite platform used for the Cyclone Global Navigation Satellite System (CYGNSS) mission is the specific asset listed. Under these multiple-award, indefinite-delivery/indefinite-quantity contracts, spacecraft and related services will be purchased via government-placed, firm-fixed price delivery orders.

“To be considered for the catalog, an organization must demonstrate that it has developed two spacecraft with on-orbit success,” said Randy Rose, a staff engineer in SwRI’s Space Science and Engineering Division. “CYGNSS includes a constellation of eight suitcase-sized satellites that has been operating in Earth orbit for more than three years, supporting research to better understand and predict how hurricanes intensify, monitor wetlands and more.”

The platform is also being adapted for the SwRI-led Polarimeter to UNify the Corona and Heliosphere (PUNCH) NASA mission. PUNCH is a constellation of four separate satellites scheduled to launch in 2023 into a polar orbit formation to image how the solar corona infuses the solar wind with mass and energy.

“CYGNSS is one of the first small satellite platforms added to the catalog. It provides a solution for a class of spacecraft in the 30–75 kilogram mass range not previously available through the RSDO catalog,” Rose said. “The Rapid IV contract is the fourth ‘on-ramp’ to periodically add new spacecraft and vendors to the catalog.”

According to one industry forecast, as many as 11,600 small satellites — defined in this case as satellites with masses under 500 kilograms — will be placed in orbit between 2018 and 2030, an average of nearly 1,000 small satellites annually. This contract makes SwRI eligible to receive “requests for proposal” or RFP delivery orders and potentially play a bigger role in this emerging area of space science. 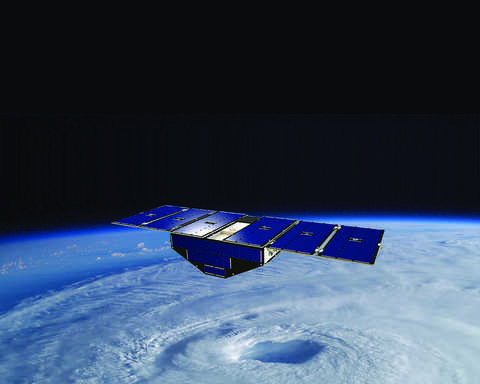 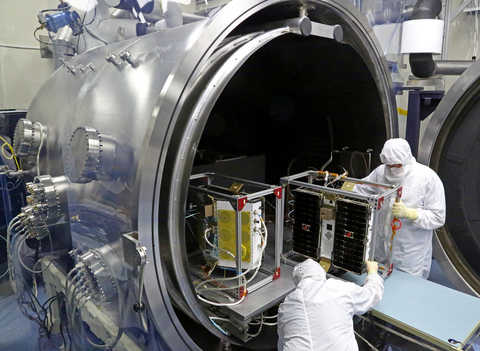