August 23, 2022 — More than 60 engineers and scientists are gathering at Southwest Research Institute Aug. 23-24 to kick off the launch vehicle collaboration for NASA's Polarimeter to Unify the Corona and Heliosphere (PUNCH) mission. PUNCH, which will study the inception of the solar wind, has secured its ride into Earth orbit aboard a SpaceX Falcon 9, sharing a ride into space with NASA’s Spectro-Photometer for the History of the Universe, Epoch of Re-ionization, and Ices Explorer (SPHEREx) mission.

PUNCH, which consists of four suitcase-sized satellites, will study the Sun’s outer atmosphere, the corona, and how it generates the solar wind. This continuous supersonic stream of charged particles fills the solar system, forming the bubble-like region of space known as our heliosphere. The spacecraft also will track coronal mass ejections — large eruptions of solar material that can drive large space weather events near Earth — to better understand their evolution and develop new techniques for predicting such eruptions.

“It’s great to have a definite launch date and vehicle, and we’re looking forward to working with the SPHEREx team as we ‘carpool’ to orbit,” said Craig DeForest, PUNCH principal investigator at Southwest Research Institute. “Rideshares are a great way to save money by taking advantage of each rocket’s capability.”

The PUNCH team can now finalize its schedule to meet the new launch date of no earlier than April 2025. This extended schedule will also mitigate post-pandemic supply chain challenges.

Following launch, the PUNCH satellites will spread out around Earth along the day-night line to create a continuous, complete view of the Sun’s corona and the inner solar system. Three of the PUNCH satellites will carry identical Wide Field Imagers, which cover a significant portion of the sky around the Sun. The fourth PUNCH satellite carries a Narrow Field Imager coronagraph, which will study regions closest to the Sun. All four cameras will be synchronized in flight so that the mission science team can combine their images seamlessly into a single large field of view.

PUNCH is led by SwRI’s office in Boulder, Colorado. The mission is managed by the Explorers Program Office at NASA’s Goddard Space Flight Center in Greenbelt, Maryland, which is managed by Goddard for NASA’s Science Mission Directorate in Washington. SwRI is developing the Wide Field Imager instruments and will build and operate the PUNCH satellites. The Naval Research Laboratory in Washington will build the Narrow Field Imagers and provide optical testing. RAL Space in the United Kingdom will provide detectors and calibration for the mission. NASA’s Jet Propulsion Laboratory is leading the SPHEREx mission. 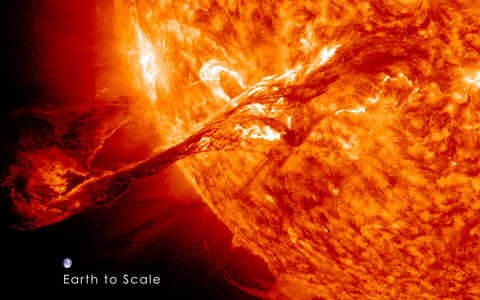