San Antonio — March 27, 2012 — For the first time, instrumentation aboard two NASA missions operating from complementary vantage points watched as a powerful solar storm spewed a two million-mile-per-hour stream of charged particles and interacted with the invisible magnetic field surrounding Earth, according to a paper published today in the Journal of Geophysical Research.

The spacecraft, NASA's Two Wide-angle Imaging Neutral-atom Spectrometers (TWINS) and Interstellar Boundary Explorer (IBEX), observed the impact from inside and outside the Earth's magnetosphere, respectively. The energetic neutral atom (ENA) cameras aboard each spacecraft enabled global imaging of the magnetosphere, the invisible bubble that protects Earth from the majority of charged particles from the Sun, as it compressed in response to sharply faster solar wind.

The storm, observed April 5, 2010, also is thought to have caused an important communications satellite, Galaxy-15, to founder and drift, taking almost a year to return to its station.

"Many satellites above Earth are in geosynchronous orbit. Like heavy traffic on a Los Angeles freeway, they have to stay in their lanes because they could, theoretically, collide," says Dr. David McComas, assistant vice president of the Space Science and Engineering Division at Southwest Research Institute, and principal investigator of the IBEX and TWINS missions. "More likely, however, is that they will get too close together and their radio frequencies will interfere with the operation of nearby satellites, which could hamper activities on Earth."

The IBEX images (taken from a distance of around 180,000 miles) show an immediate compression of the magnetosphere as it was impacted by charged particles from the solar wind. ENA global imaging enabled the team to determine the precise timing of the compression, to within ±9 seconds. Minutes later, one of the TWINS spacecraft, carrying identical ENA sensors that provide stereoscopic imaging, observed changes in the inner magnetosphere (from a much-closer 28,000 miles). A magnetospheric structure called the "ring current" traps charged particles that gyrate around magnetic field lines. About 15 minutes after impact, the trapped particles propagated down the field lines toward the poles and into Earth's atmosphere, where they produced additional ENAs. The brief time delay in losing particles to the atmosphere suggests that internal magnetospheric processes take some time after compression from the initial impact.

"This imaging gives us a better global picture of the evolution of the magnetosphere — especially of the processes by which the Sun injects energy into the magnetosphere — than has ever been available before," says McComas. "It's a cool combination of two data sets that opens the door to much more sophisticated global studies."

To produce the new images, the team also developed a series of techniques to process the imaging data, including improved procedures for binning, differential background subtraction and "statistical smoothing" of images.

"Understanding how solar events develop and impact satellites is like understanding the processes that cause extreme weather events on Earth to develop and destroy homes and businesses," says McComas. "Engineers use weather data to know where and how they need to strengthen buildings against various types of weather threats. The more we know about the processes occurring in space, the better engineers can design satellites to protect them from space weather hazards, which is increasingly important in our highly technological world." 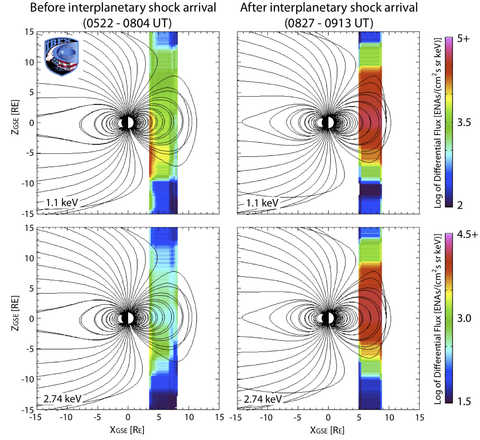 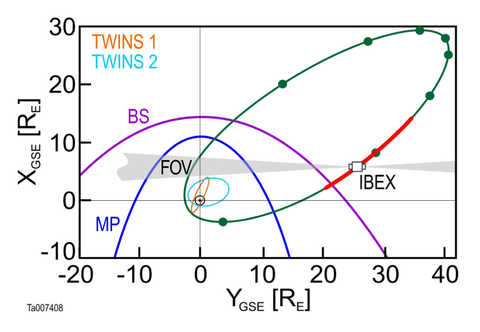 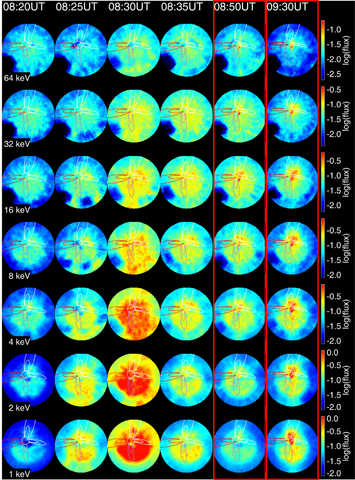