Dec. 20, 2011 —The new and highly sensitive Cosmic Origins Spectrograph aboard the Hubble Space Telescope has discovered a strong ultraviolet-wavelength absorber on Pluto's surface, providing new evidence that points to the possibility of complex hydrocarbon and/or nitrile molecules lying on the surface, according to a paper recently published in the Astronomical Journal by researchers from Southwest Research Institute and Nebraska Wesleyan University.

Such chemical species can be produced by the interaction of sunlight or cosmic rays with Pluto's known surface ices, including methane, carbon monoxide and nitrogen.

"This is an exciting finding because complex Plutonian hydrocarbons and other molecules that could be responsible for the ultraviolet spectral features we found with Hubble may, among other things, be responsible for giving Pluto its ruddy color," said Stern.

The team also discovered evidence of changes in Pluto's ultraviolet spectrum compared to Hubble measurements from the 1990s. The changes may be related to differing terrains seen now versus in the 1990s, or to other effects, such as changes in the surface related to a steep increase in the pressure of Pluto's atmosphere during that same time span.

"The discovery we made with Hubble reminds us that even more exciting discoveries about Pluto's composition and surface evolution are likely to be in store when NASA's New Horizons spacecraft arrives at Pluto in 2015," Stern added.

This research was supported by a grant from the Space Telescope Science Institute. 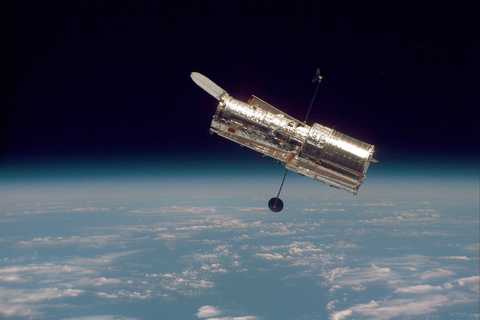