Jan. 7, 2019 — In the early hours of New Year’s Day, the New Horizons spacecraft came within 2,200 miles of Ultima Thule, a distant, icy object on the edge of our solar system and now the most distant world ever visited by a spacecraft. In 2015, New Horizons gave the world the clearest-yet view of Pluto. The latest mission milestone ushers in a new era of exploration in the Kuiper Belt, a region of primordial objects beyond Pluto that holds keys to understanding the origins of the solar system.

“New Horizons performed as planned today, conducting the farthest exploration of any world in history — 4 billion miles from the Sun,” said Dr. Alan Stern of SwRI’s Space Science and Engineering Division, who is the principal investigator of the New Horizons mission. “The data we have look fantastic and we're already learning about Ultima from up close. From here out the data will just get better and better!”

“Reaching Ultima Thule from 4 billion miles away is an incredible achievement. This is exploration at its finest,” said SwRI President and CEO Adam L. Hamilton, P.E. “Kudos to the science team and mission partners for starting the textbooks on Pluto and the Kuiper Belt. We're looking forward to seeing the next chapter.”

“In addition to being the first to explore Pluto, today New Horizons flew by the most distant object ever visited by a spacecraft and became the first to directly explore an object that holds remnants from the birth of our solar system,” he said. “This is what leadership in space exploration is all about.”

The spacecraft’s Ultima Thule flyby is an event 13 years in the making. New Horizons launched in 2006 and has since explored distant worlds more than 3 billion miles from the Sun. The spacecraft will continue its exploration of the Kuiper Belt until at least 2021. Team members plan to propose more Kuiper Belt exploration.

The data yielded from the Ultima Thule flyby is already offering fascinating results.

The object may have a shape similar to a bowling pin, spinning end over end, with dimensions of approximately 20 by 10 miles. Another possibility is Ultima Thule could be two objects orbiting each other. Flyby data have already solved one of the object’s mysteries, showing that it’s spinning like a propeller with the axis pointing approximately toward New Horizons. This explains why, in earlier images taken before Ultima Thule was resolved, its brightness didn't appear to vary as it rotated.

The initial analysis also shows that the object likely has no atmosphere. It also shows no evidence of rings or satellites larger than one mile in diameter orbiting Ultima Thule. The color of Ultima Thule matches the color of similar worlds in the Kuiper Belt, as determined by telescopic measurements. Also, the two lobes of Ultima Thule — the first Kuiper Belt contact binary visited — are nearly identical in color. This matches what we know about binary systems which haven't come into contact with each other, but rather orbit around a shared point of gravity.

“The first exploration of a small Kuiper Belt object and the most distant exploration of any world in history is now history, but almost all of the data analysis lies in the future,” Stern said.

“Those of us on the science team can't wait to begin to start digging into that treasure trove,” Stern said. 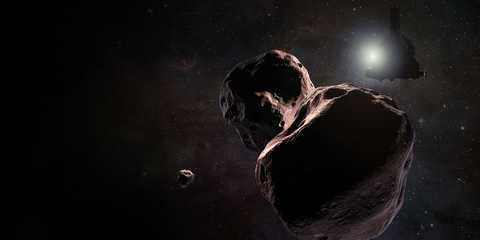 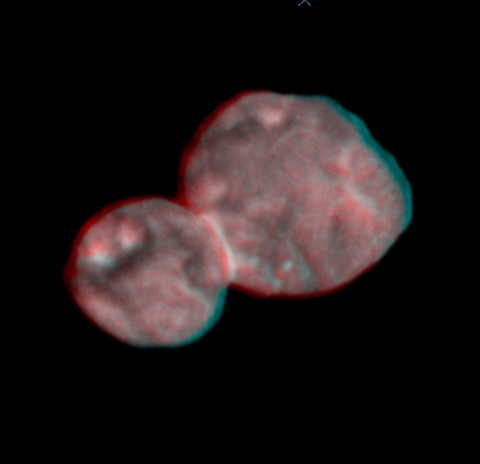