Oct. 30, 2019 — NASA has funded Southwest Research Institute to study the important attributes, feasibility and cost of a possible future Pluto orbiter mission. This study will develop the spacecraft and payload design requirements and make preliminary cost and risk assessments for new technologies.

The study is one of 10 different mission studies that NASA is sponsoring to prepare for the next Planetary Science Decadal Survey. The results of these studies will be delivered to the National Academy Planetary Decadal Study that will begin in 2020.

The SwRI-led New Horizons mission — which flew past Pluto and its system of moons and then Kuiper Belt Object (KBO) 2014 MU69, the farthest, most primordial object visited to date — has returned data that has made a compelling case for a follow-up mission.

“We’re excited to have this opportunity to inform the decadal survey deliberations with this study,” said SwRI’s Dr. Carly Howett, who is leading the effort. “Our mission concept is to send a single spacecraft to orbit Pluto for two Earth years before breaking away to visit at least one KBO and one other KBO dwarf planet.”

Despite all that New Horizons revealed about the Pluto system and KBOs, it could only begin to explore complex Pluto and its five moons. Additionally, the New Horizons spacecraft carried only a limited payload and many aspects of KBO and dwarf planet science require different kinds instrumentation and the kind of global and temporal coverage that only an orbiter can provide. A Pluto orbiter mission will be designed to answer some of the questions New Horizons discoveries have sparked.

“In an SwRI-funded study that preceded this new NASA-funded study, we developed a Pluto system orbital tour, showing the mission was possible with planned capability launch vehicles and existing electric propulsion systems,” said SwRI’s Dr. Alan Stern, principal investigator of the New Horizons mission as well as the SwRI-funded study. “We also showed it is possible to use gravity assists from Pluto’s largest moon, Charon, to escape Pluto orbit and to go back into the Kuiper Belt for the exploration of more KBOs like MU69 and at least once more dwarf planet for comparison to Pluto.” 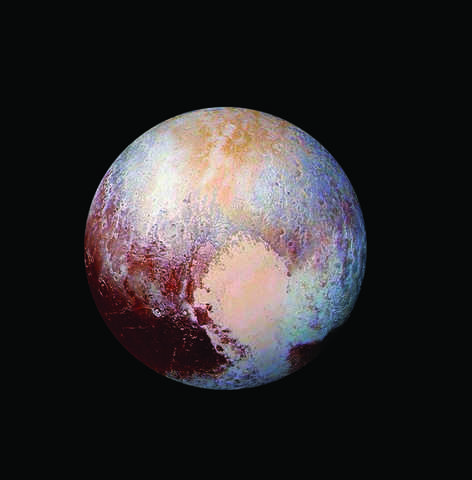