March 24, 2029 — Southwest Research Institute has received funding from the Medical CBRN Defense Consortium (MCDC) administered by Advanced Technology International to develop a nerve agent antidote for emergency use on the battlefield or to protect public health.

The use of nerve agents continues to be a significant threat to both military and civilian populations. This prototype medication could serve as a countermeasure against a nerve agent attack. SwRI will lead the development of the antidote under the $9.9 million, five-year program, and will collaborate with University of Pittsburgh on the synthesis and compound design, through the support of the Defense Threat Reduction Agency (DTRA).

“This antidote improves on the current standard of care, importantly, its ability to reverse the effects of the toxin in the central nervous system,” said SwRI’s Dr. Jonathan Bohmann, a principal scientist in SwRI’s Pharmaceutical and Bioengineering Department. “The antidote will eventually be administered through an autoinjector, which allows for rapid and effective treatment in the field. It would work much like an Epinephrine Auto-Injector or EpiPen® administered during a severe allergy attack. The initial goal of the project is to support our warfighters; however, this treatment could also eventually be administered for civilian use.”

In the design of the new medication, SwRI will use a computer-based drug design software platform called Rhodium™. SwRI developed Rhodium™, a proprietary docking simulation software program tool, to enhance drug design and safety while reducing costs and speeding up development time. The Institute offers Rhodium as a service to clients.

Rhodium supports drug development and screening for antibiotics as well as preventative treatments such as vaccines. The software also predicts adverse drug reactions and side effects. 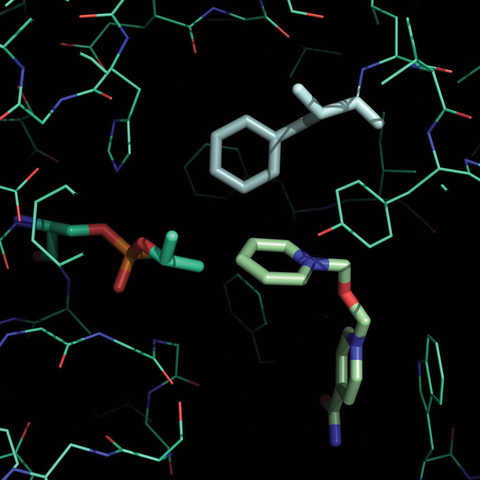