Sept. 29, 2010 — The unusual "knot" in the bright, narrow ribbon of neutral atoms emanating in from the boundary between our solar system and interstellar space appears to have "untied," according to a paper published online in the Journal of Geophysical Research.

Researchers believe the ribbon, first revealed in maps produced by NASA's Interstellar Boundary Explorer (IBEX) spacecraft, forms in response to interactions between interstellar space and the heliosphere, the protective bubble in which the Earth and other planets reside. Sensitive neutral atom detectors aboard IBEX produce global maps of this region every six months.

Analyses of the first map, released last fall, suggest the ribbon is somehow ordered by the direction of the local interstellar magnetic field outside the heliosphere, influencing the structure of the heliosphere more than researchers had previously believed. The knot feature seen in the northern portion of the ribbon in the first map stood apart from the rest of the ribbon as the brightest feature at higher energies.

While the second map, released publicly with the just-published paper, shows the large-scale structure of the ribbon to be generally stable within the six-month period, changes are also apparent. The polar regions of the ribbon display lower emissions and the knot diminishes by as much as a third and appears to "untie" as it spreads out to both lower and higher latitudes.

"What we're seeing is the knot pull apart as it spreads across a region of the ribbon," says Dr. David J. McComas, IBEX principal investigator and an assistant vice president at Southwest Research Institute® (SwRI®) in San Antonio. "To this day the science team can't agree on exactly what causes the knot or the ribbon, but by comparing different sky maps we find the surprising result that the region is changing over relatively short time periods. Now we have to figure out why."

As the IBEX spacecraft gathers a wealth of new information about the dynamic interactions at the edge of the solar system — the region of space that shields our solar system from the majority of galactic cosmic ray radiation — the IBEX team continues to study numerous theories about the source of the ribbon and its unusual features. 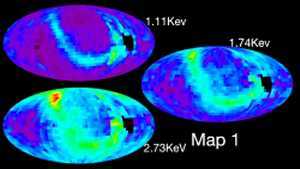 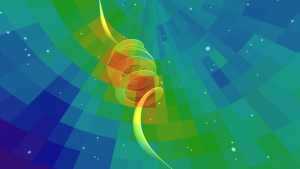