September 2, 2020 — A Southwest Research Institute proposal to study the Sun’s poles — considered among the last unexplored regions of the solar system — is one of five science investigations selected as a possible future NASA mission.

Dr. Don Hassler, a program director at SwRI, is the principal investigator for Solaris. This proposed solar polar Medium-Class Explorers (MIDEX) mission is designed to revolutionize our understanding of the Sun by addressing fundamental questions that can only be answered from a polar vantage point. NASA has approved a $1.25 million, nine-month contract for Phase A concept design studies and analyses to develop the mission that would visit this region for the first time since the 1990s.

“Solaris will explore one of the last unseen places in the solar system, the poles of the Sun. The Ulysses spacecraft visited the region but did not have remote sensing instruments onboard to probe the Sun’s polar magnetic field or surface/sub-surface flows,” Hassler said.

To get to the Sun’s poles, Solaris will first travel to Jupiter and use Jupiter’s gravity to slingshot out of the ecliptic plane and fly over the Sun’s poles at 75 degrees latitude. Imaging the poles of the Sun from such high latitude promises to reveal clues to understanding how the Sun’s polar magnetic fields and flows shape the solar activity cycle.

The proposed spacecraft would be provided by Ball Aerospace, and the payload is expected to include a compact Doppler magnetograph to study the polar magnetic fields and subsurface flows, a white light coronagraph to image the solar corona from the poles, and an extreme ultraviolet instrument to image the million degree solar surface of the poles.

“Solaris will spend more than three months over each pole of the Sun, obtaining the first continuous, high-latitude, months-long studies of the Sun’s polar regions,” said Hassler. “With focused science and a simple, elegant mission design, Solaris will also provide enabling observations for space weather research, such as the first polar views of coronal mass ejections, energetic events that spew highly magnetized plasma from the solar corona into space, causing radio and magnetic disturbances on the Earth.”

If the mission is chosen for flight, the spacecraft would be ready to launch in early 2025 for a nominal mission duration of five years. In addition to SwRI, key team members include the NASA Goddard Space Flight Center, the Naval Research Laboratory, Ball Aerospace, Northrup Grumman, NCAR’s High Altitude Observatory, the University of Colorado, the National Solar Observatory, KinetX, the Max Planck Institute in Germany, the Physical-Meteorological Observatory in Switzerland, the Royal Observatory and Space Center of Liege in Belgium, and the Institute of Space Astrophysics in France.

SwRI also supports two other missions funded for Phase A concept design studies, the Auroral Reconstruction CubeSwarm (ARCS) and the Solar-Terrestrial Observer for the Response of the Magnetosphere (STORM) mission proposals. SwRI would manage the ARCS mission for the principal investigator, Dartmouth Professor Kristina Lynch, and provide a solar wind instrument for the STORM mission, led by David Sibec of the Goddard Space Flight Center.

ARCS proposes to explore the processes that contribute to auroras at size scales that have been rarely studied — at the intermediate scale between the smaller, local phenomena leading directly to the visible aurora and the larger, global dynamics of the space weather system coursing through the Earth’s ionosphere and thermosphere. The mission would deploy an innovative, distributed set of sensors via 32 CubeSats and 32 ground-based observatories to provide a comprehensive picture of the drivers and response of the auroral system.

For STORM, SwRI would provide a next generation of the Ion and Electron Sensor that flew on the Rosetta mission. This mission would provide the first-ever global view of our vast space weather system in which the constant flow of particles from the Sun — known as the solar wind — interacts with Earth’s magnetosphere and improve our ability to forecast the harmful effects of this interaction on society and technological infrastructure. 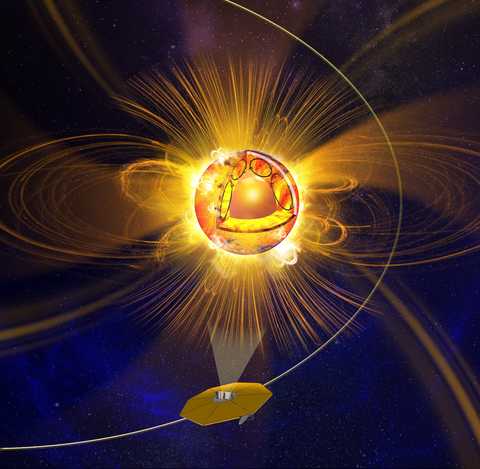