April 21, 2020 — NASA and the National Oceanic and Atmospheric Administration (NOAA) recently awarded Southwest Research Institute a $12,862,664 contract to develop a magnetometer for a satellite mission dedicated to tracking space weather. The magnetometer is part of the satellite’s solar wind instrument suite, which measures the characteristics of the solar wind plasma that interact with the Earth’s geomagnetic environment.

“The satellite will collect solar wind data and coronal imagery to support NOAA’s mission to monitor and forecast space weather events,” said Dr. Roy Torbert, a program director in SwRI’s Earth, Oceans, and Space office at the University of New Hampshire in Durham and principal investigator of the magnetometer. “Space weather refers to the variable conditions on the Sun and in space that can influence the performance of technology we use on Earth, such as electrical power grids, and disrupt satellite-based communication and navigation systems.”

The Space Weather Follow-On Lagrange 1 (SWFO-L1) satellite will orbit the Sun at approximately 1.5 million kilometers from Earth where the Earth’s and the Sun’s magnetic fields meet, a point known as L1. The satellite will make local measurements of the solar wind thermal plasma and magnetic field. It also carries a Compact Coronagraph instrument to detect coronal mass ejections.

“The instrument, known at SWFO-MAG, provides key data about the solar wind as it approaches Earth,” Torbert said. “The data will be available to the science community but are targeted to the Space Weather Prediction Center.”

“The solar wind magnetic field controls the processes that transfer energy and particles into the Earth’s magnetosphere and often initiate geomagnetic storms,” Torbert said. “These disturbances can create spectacular auroras but can also shut down electrical power grids and disrupt satellite-based communication and navigation systems.”

NASA is planning to launch the SWFO-L1 in 2024 as a rideshare with the Interstellar Mapping and Acceleration Probe vehicle. SwRI also plays a role in this mission, managing the payload and payload systems engineering for IMAP. In addition, SwRI is providing a scientific instrument and other technology for the IMAP spacecraft, which will sample, analyze and map particles streaming to Earth from the edge of interstellar space.

NOAA is responsible for the Space Weather Follow-On program. NASA is the program’s flight system procurement agent, and NASA’s Goddard Space Flight Center in Greenbelt, Maryland, is the lead for acquisition. 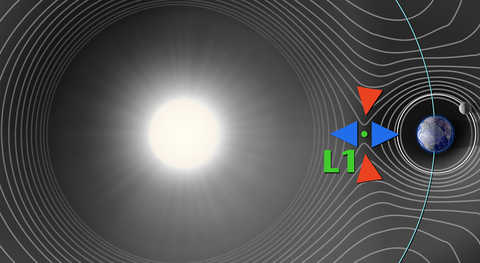 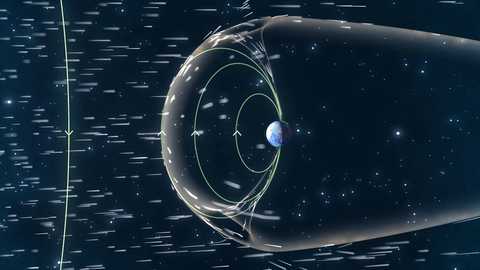 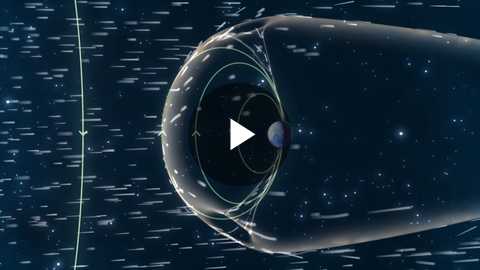